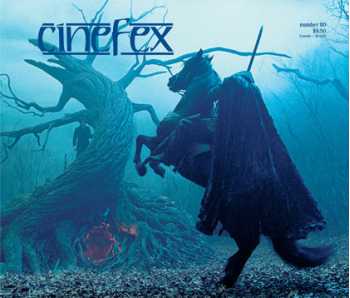 With this issue, Cinefex is marking its twentieth year, an occasion that has prompted us to take a wholly subjective look back -- to reflect on how Cinefex came to be, how the effects industry has evolved since the magazine's inception, and to recall some of the highlights of the last two decades.

We asked a few of our friends in the business to help us celebrate our 20th anniversary by offering up their considered opinions as to the best effects sequences of the past 20 years. Also, in an unprecedented display of subjectivity, Cinefex editorial staff members picked their own personal favorites.

Harryhausen & Tippett: The Motion in Our Minds
Article by Mark Cotta Vaz