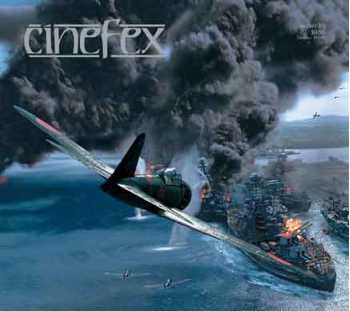 In Walt Disney Studios' epic Pearl Harbor, producer Jerry Bruckheimer and director Michael Bay stage a tale of love and valor against the backdrop of World War II and the infamous Japanese air attack on the U.S. Pacific Fleet that spelled the end of the country's isolationist doctrine.
Depictions of the assault, along with earlier reenactments of air battles over Britain and the retaliatory Doolittle raid on Tokyo, were achieved through extensive use of digital battleships and planes - compliments of Industrial Light & Magic - in combination with large-scale mechanical and pyrotechnic effects by John Frazier and his crew.
Stan Winston Studio contributed makeup effects.