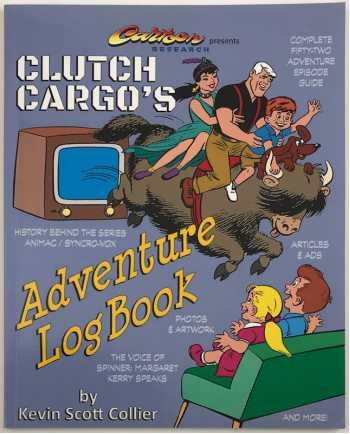 Cartoon Research presents "Clutch Cargo's Adventure Log Book." It was promoted as television's "first moving comic strip." In the 60 years since Cambria Studios' Clutch Cargo series made its debut, it is perhaps best known by animation historians as the cartoon with talking human mouths superimposed on static art. This book takes a look not only at the adventures of Clutch, Spinner, and Paddlefoot, but at the real action going on behind the scenes. It's how studio owner, Ritchard Brown, along with comics artist Clark Haas, and inventor and photographer Edwin Gillette, pulled off the most amazing feat of early TV animation, and with virtually no budget. Witness the innovation, ingenuity, and creativity that brought this action hero to life on TV screens across the United States of America.