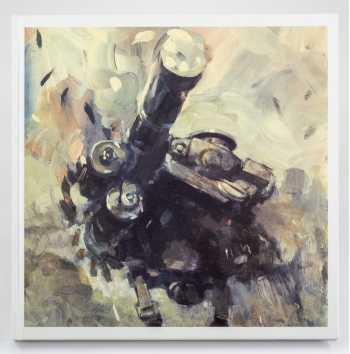 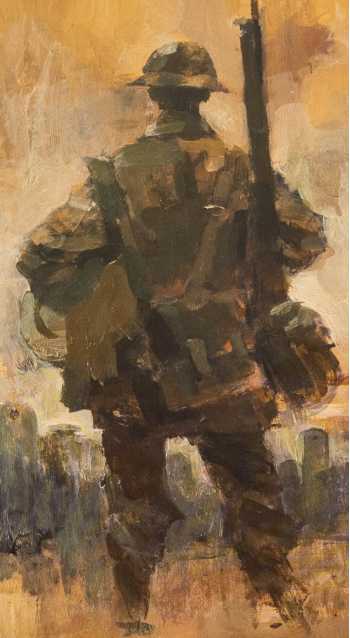 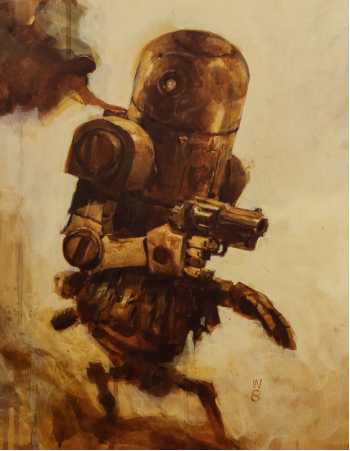 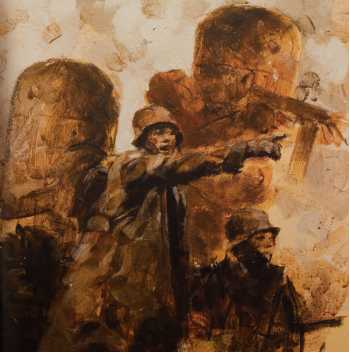 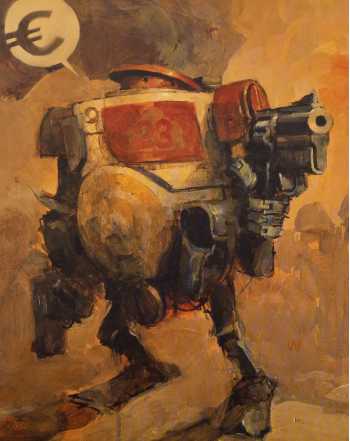 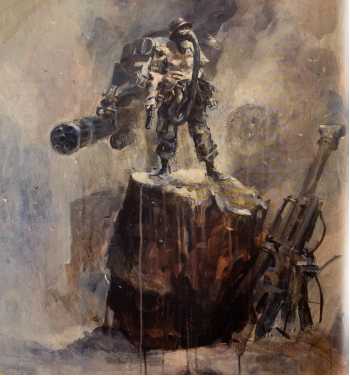 Complete World War Robot in one oversize (one foot long by one foot wide!) hardcover volume. Epic paintings of soldiers and robots. Out of print.

It's total robot war! In development to be a major motion picture, Ashley Wood's World War Robot tells the tale of a dwindling band of humans and robots who face off in a battle that will likely end humanity as we know it - on Earth, on the Moon, and on Mars, too! Badass battles, really intense human/robot drama, and even a little black humor and political intrigue are the order of the day in this oversize epic that collects both previous books in one deluxe hardcover volume.