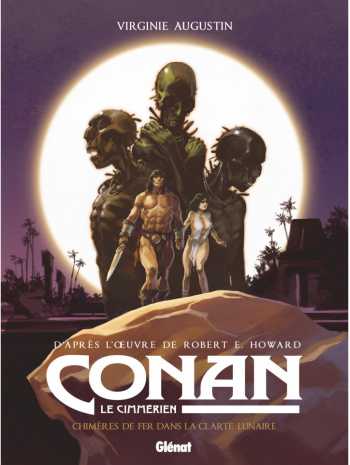 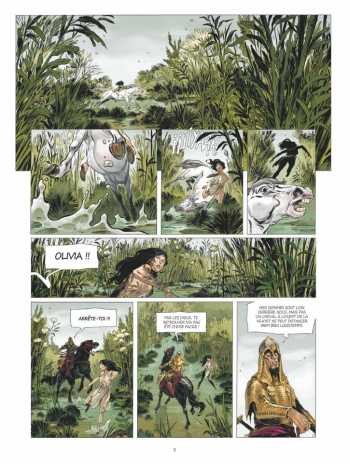 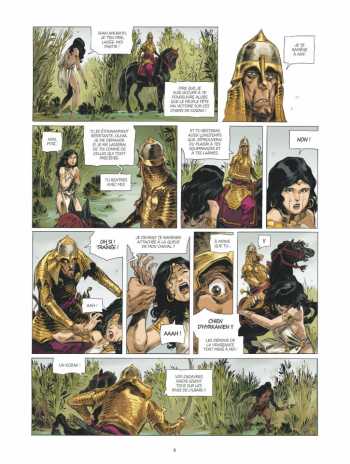 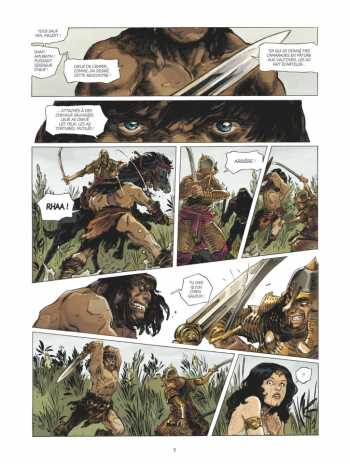 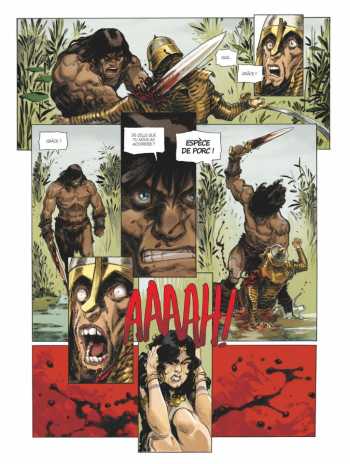 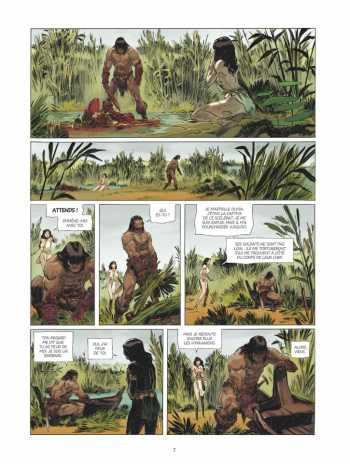 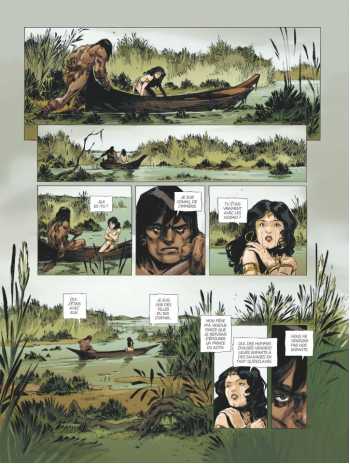 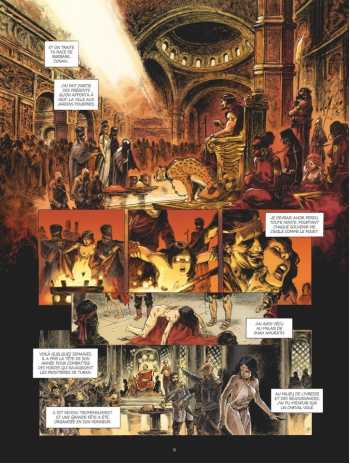 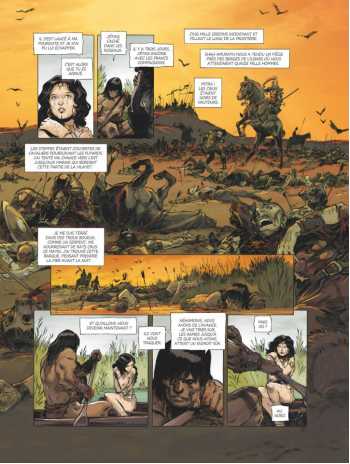 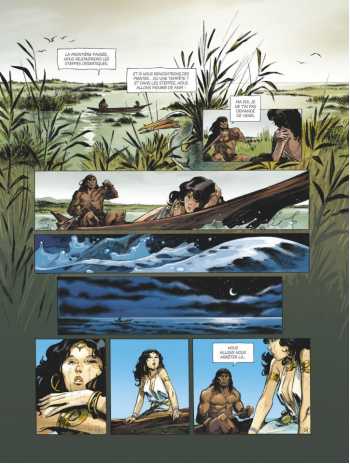 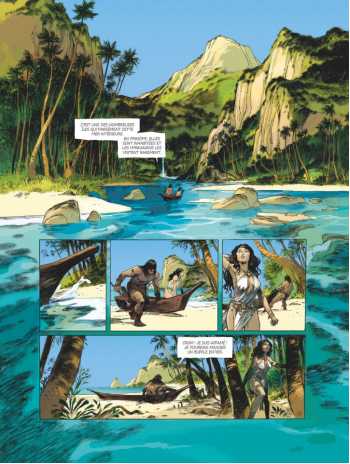 Virginie Augustin studied animation at the École des Gobelins before working for Walt Disney on films like 'Tarzan' and 'Hercules.' Her comics include 'Alim le Tanneur,' 'Voyage aux Ombres,' and 'Whaligoë.'

Now she handles both writing and illustrating the Conan story "Iron Shadows in the Moon."

Includes 12 pages exclusive to the first printing, including 4 pages of sketches by Augustin and pin-ups by guest artists Michael Sanlaville, Vince Cromwell, others.

"Iron Shadows in the Moon" is a novelette by Robert E. Howard first published in the April, 1934, issue of Weird Tales as "Shadows in the Moonlight." Escaping a massacre that claimed his army, Conan and an abandoned princess make their way to a haunted and occupied island at the same time as a band of pirates.

The story was previously adapted into comics by Roy Thomas, John Buscema and Alfredo Alcala in Savage Sword of Conan #4 in 1974.

On an island, danger does not always come from outside ...

A young woman is chased by her vile master. Conan, whose friends have just been decimated by this same master, saves her with his sword. Linked by fate, the pair decide to travel together. Their journey takes them to an island where they discover strange ruins inhabited by dark magic. Their refuge immediately turns into a suffocating trap where shadows roam. Who knows the extent of the dangers that reside there ...?