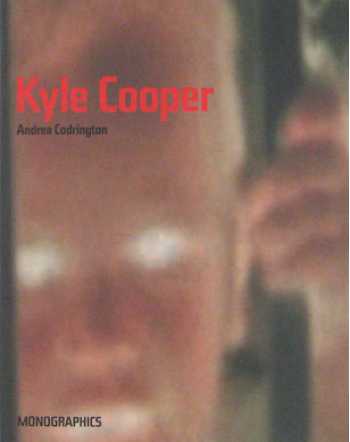 "Kyle Cooper is acclaimed as the most innovative and important designer of film titles since Saul Bass. This attractive and informative book offers the first critical and historical assessment of Cooper's impressive design achievements.

"In this book, Andrea Codrington relates that Cooper's work first garnered major attention in 1995 with his creation of the extraordinary title sequence for the horror thriller Seven, which is credited with bringing about a renaissance in innovative film title design.

"Seven's titles were touted as short films in their own right-not merely a "design solution" but a metaphorical representation of the film as a whole.

"Codrington also discusses Cooper's work at the titles specialist R/Greenberg before he founded in 1996 his own Los Angeles based company, Imaginary Forces.

"As creative director there, Cooper now oversees a ninety-person team and has designed a stunning succession of highly regarded titles for such films as Eraser, Mission Impossible, Twister, The Mummy, The Horse Whisperer, The Negotiator, and Arlington Road.

"Kyle Cooper is essential reading for anyone engaged with graphic design, film, and visual communication."