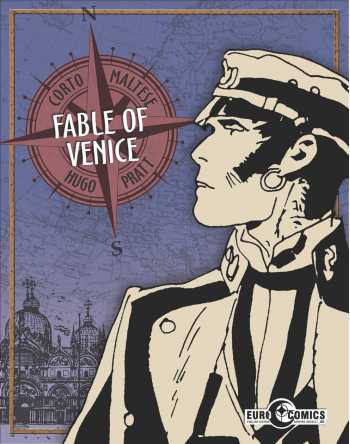 In this affectionate tribute to his hometown, Hugo Pratt offers a complex mystery thriller involving Freemasons, occultists, and esotericists set during the rise of Fascism in 1921. Corto Maltese's return to Venice is ostensibly a search for an emerald known as the Clavicle of Solomon, but by the end he is left questioning whether the object of his quest will open the hidden doors of magic and unravel the nature of time and space in this city of secrets or if it's merely "the stuff that dreams are made of," as was the black bird of Dashiell Hammett's novel featuring another Maltese.