Sign in | Register
HomeNew ArrivalsCorto Maltese: The Ballad of the Salty Sea 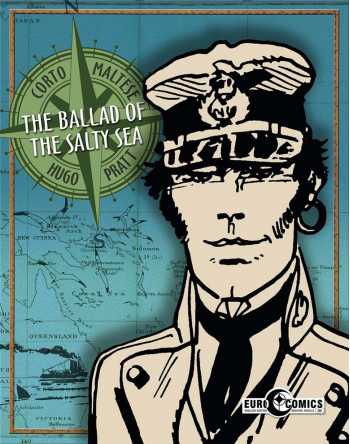 A milestone in the history of graphic novels, The Ballad of the Salty Sea won the world's first-ever "Best Graphic Novel" award, taking the prize in 1976 at the Angoulême Fesitval.

Originally serialized beginning in 1967, the book is universally acknowledged as Hugo Pratt's masterpiece, in which he introduces Corto Maltese to the world. Corto is but one of a strong ensemble cast of characters whose lives permeate the entire twelve-book series.

This EuroComics edition features new translations from Pratt's original Italian scripts by Dean Mullaney, the Eisner and Harvey Award-winning editor of the Library of American Comics, and Simone Castaldi, Associate Professor of Romance Languages and Literatures at Hofstra, and the author of Drawn and Dangerous: Italian Comics of the 1970s and 1980s (University Press of Mississippi).