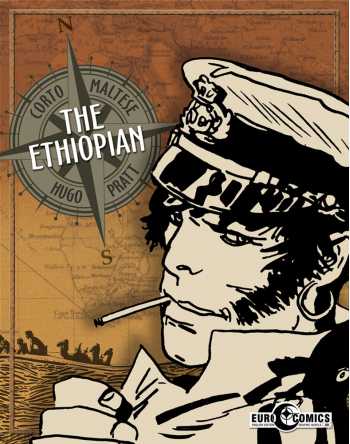 When Corto Maltese arrives in the Middle East and Africa in 1918 the shifting sands and loyalties reveal colonial powers still battling for domination over each other and the indigenous people. The desert of Yemen, controlled by the fading Ottoman Empire, is the setting for "In the Name of Allah, the Merciful and Compassionate," where Corto meets Cush, the Danikil warrior with whom he establishes a close yet conflicted relationship. In "The Coup de Grace" the stubborn racism of an English commander of a small fort in British Somaliland leads to conflict with Cush and the Dervish army of Sayyid Mohamed, whom the British call "The Mad Mullah." The action moves to Ethiopia amidst inter-tribal conflict in "...and of Other Romeos and Other Juliets," as Cush introduces Corto to the mysterious and powerful shaman Shamael, who hears the voices of the dead and of devils. German East Africa is the background of "The Leopard-Men of the Rufiji," where Corto is engulfed in a dreamlike atmosphere that reveals how African justice operates outside the constraints of "white" law.