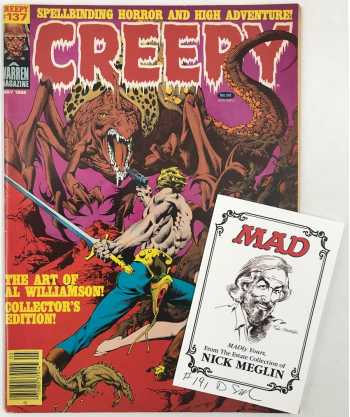 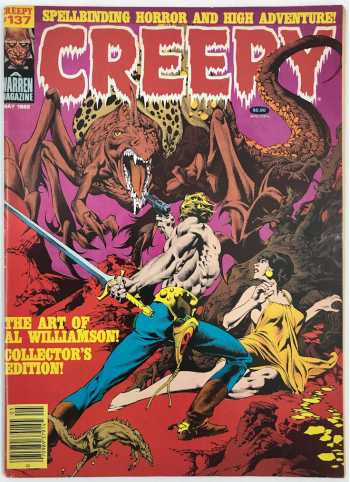 From the collection of longtime Mad Magazine editor Nick Meglin, a lifelong friend of Al Williamson. With a Certificate of Authenticity "Madly Yours, From The Estate Collection of Nick Meglin" numbered and signed by his daughter Diane Meglin.

An all-Al Williamson issue collecting seven classic stories from earlier issues, plus an introduction including Williamson's comments on the stories:

"Although an accomplished artist himself who earned a certificate from the School of Visual Arts (where he met lifelong friend and colleague Angelo Torres), Meglin (as he would have readily admitted) was not in the same league as some of the artists he hung out with in the legendary Fleagle Gang, a group that included Frazetta, Al Williamson, Roy Krenkel, and future Mad contributors Angelo Torres and George Woodbridge." --The Comics Journal

Near Fine (mild reading wear, mild dents and wear to covers)
From the collection of Nick Meglin with a Certificate of Authenticity