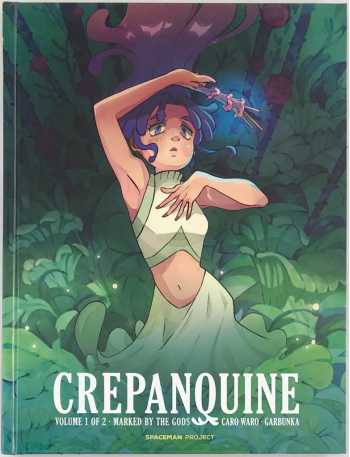 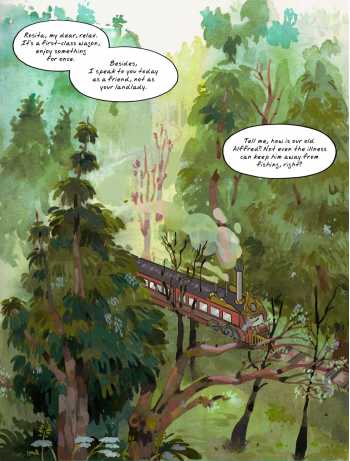 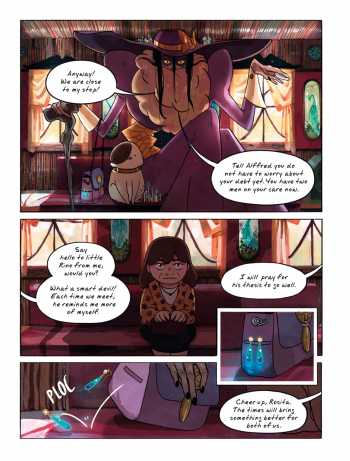 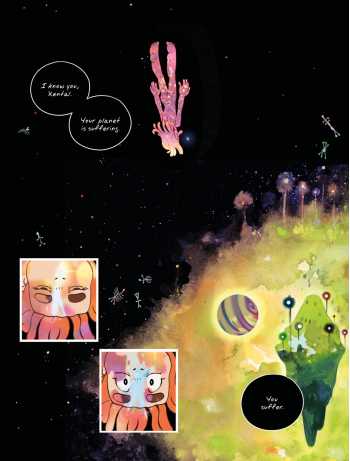 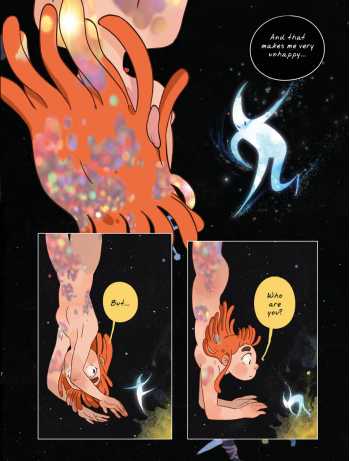 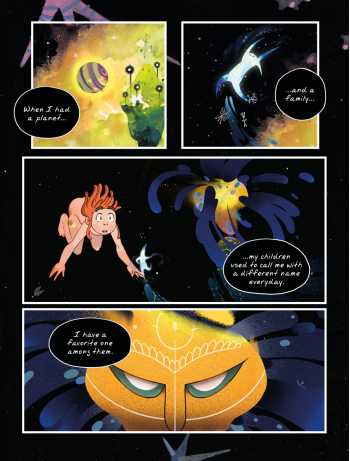 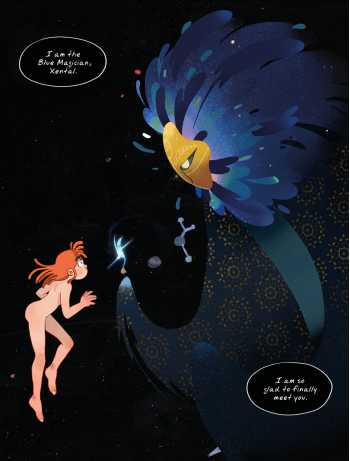 Crepanquine Vol. 1 of 2: Marked by the Gods. A graphic novel in English from the creators of the art book Asteroid.

A dark and thrilling comic full of unique characters and overflowing with magic.

A strange disease is silently wreaking havoc in the tiny land of Crepanquine. Nobody knows where it comes from or how to cure it, but its effects are as well known as they are feared. The Curse, as they call it, first makes its victims go insane. If the affected happens to be female, it turns their index finger into a magic wand with strange powers. If male, it turns them into the loyal minions of the afflicted women. When Rino's mother and Xental's sister fall under the Curse, together they decide to leave their fears behind and stand as allies against an impossible obstacle. Soon they'll discover the secret of the Curse.

We are Caro Waro and Garbunka, creators of Crepanquine. The world of Crepanquine appeared for the first time in the art book Asteroid, and it was our fans' favourite as well as ours. The concept arose simply by physically merging wizards and wands. Since then, the story of this world has become deeper and we are more than ready to explore it in this comic.

Guillermo Ibáñez de Aldecoa - pseudonym GARBUNKA - is the closest collaborator of Caro Waro's projects. Bachelor of Robotics Engineering and currently a student of Game and Media Technology at the University of Utrecht (Netherlands), he debuted as writer and designer of ASTEROID in 2016.

Carolina Ibáñez de Aldecoa - better known as CARO WARO - is an artist focused on the art of Illustration and Character Design.

She began her career illustrating a Card Game called EPICA [DÁQORA] and then working as a Concept Artist and Animator on various mobile games, as an illustrator on games like JAK AND POI, and as Art Director on the mobile app THEINK. But her most epic and recent achievement has been the self-publishing of ASTEROID, a very personal book full of Character Design, giving free rein to her excessive creativity under the technique of watercolor.