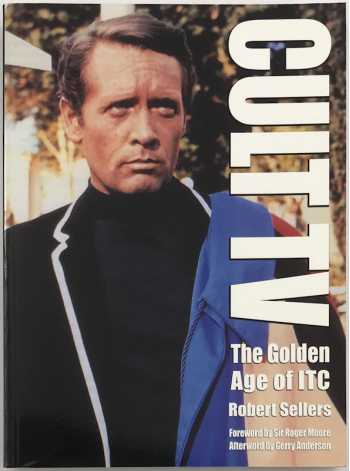 This out-of-print edition has 288 pages and over 250 black & white photographs.The next printing only has 50 photos.

The British company ITC created some of the wildest, most inventive television shows ever made, series that remain cult classics on both sides of the Atlantic: The Saint, The Persuaders, The Prisoner, Thunderbirds, Captain Scarlet, Space 1999, The Muppet Show, and many others. This entertaining behind-the-scenes history tells the story of these groundbreaking shows through firsthand interviews with nearly 50 actors, directors, and creators and a wealth of anecdotes and illustrations, including many rare and previously unseen photographs from the ITC archives.