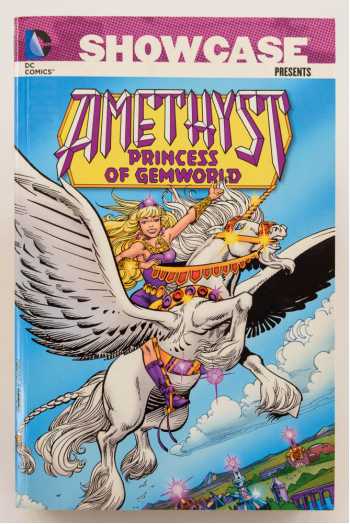 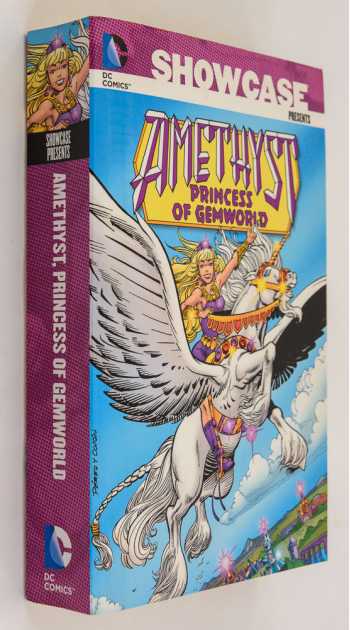 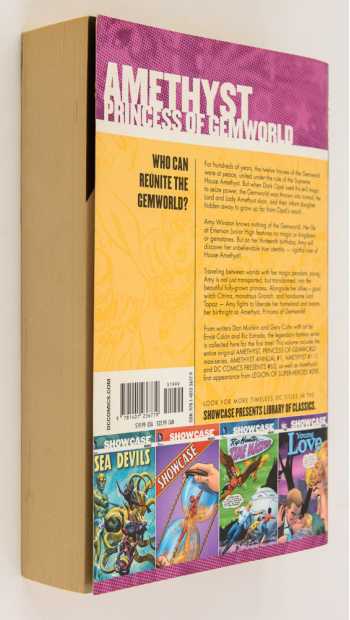 Princess Amethyst, sole survivor of the House of Opal, was whisked away from Gemworld after her family was wiped out by the evil Dark Opal. After being raised to age thirteen on Earth, she was attacked by Dark Opal, who had tracked her to her adoptive home at last. But his attack served to awaken her dormant magical powers. She then returned to Gemworld to claim her rightful place and protect those in need.