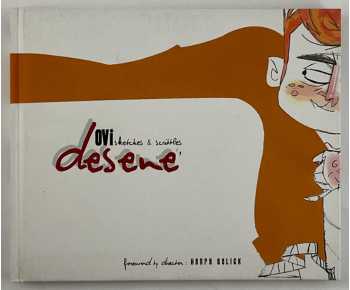 From the creator of the critically acclaimed comic Pigtale comes his new book, Desene: Sketches & Scribbles. Explore a host of sketches and designs by designer/illustrator Ovi Nedelcu, in their purest form and impulse. These sketches and scribbles are taken directly from both his analog and digital sketchbooks and collected for the first time ever in this new deluxe hardcover book. Also included are Ovi's notes and thoughts as he takes you through some of the processes and techniques involved in his work.