Sign in | Register
HomeNew ArrivalsDesigning The Secret of Kells 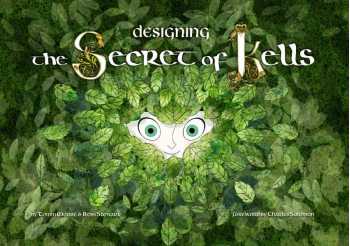 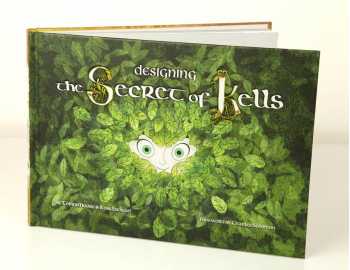 Over 1000 pieces of preproduction art are reproduced in this book, with commentary throughout by the filmmakers.

"Visually, The Secret of Kells evokes artistic styles separated by more than 1000 years: The original Book of Kells, which was probably created in the early 8th century, juxtaposed with the UPA shorts of the 1950's, Richard Williams' The Thief and the Cobbler, Genndy Tartakovsky's TV programs and Disney's Mulan" - Charles Solomon

"THE SECRET OF KELLS is one of the most stunning art directed animation features in quite some time. How appropriate (and fortunate!) to now have this magnificent book that allows us to linger, examine and otherwise drool over the fantastic artwork that went into this ground-breaking film. Enjoy!" -- Eric and Susan Goldberg

"The Secret of Kells was a labour of love for me and our core crew since our college days. We began designing and developing the project in 1999 while both finishing our studies and beginning our company, Cartoon Saloon. Ten years later, in 2009, thanks to the hard work of over 200 artists in 5 countries, it was finally released into cinemas. The film would not exist without the commitment and dedication of these legions of talented animators, clean up artists, background artists, musicians, compositors, sound designers, voice actors and the work of many other departments in France, Belgium, Hungary and Brazil. However, this book focuses only on one aspect of the production and mostly showcases work from our studio in the medieval city of Kilkenny, Ireland." - From the Introduction by Tomm Moore (co-founder of Cartoon Saloon)

"So much atmosphere and mood of the film can be set at the beginning stages - storyboarding, concepts, colour boards. It is so important to explore mood in these initial artworks and more importantly, it's great fun. Don't be surprised or upset if half of that artwork never sees the light of day; it's exploration!" - Ross Stewart (Art Director -- The Secret Of Kells)