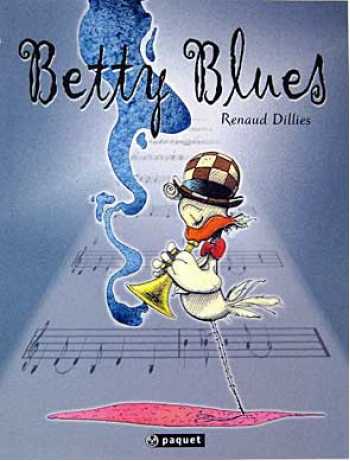 This was signed by the artist at our booth at San Diego Comic-Con in 2007: the artist's first appearance in America. The first English language edition of this French album.

Musician Little Rice Duck has the blues. His fiancee, Betty, charmed by champagne and money, has left him to follow a sinister rich cat. In despair, Duck gives up his trumpet and empty-handedly runs as far away as possible. How can he continue to play the blues when he has lost his faith? Translated into English for the first time, this famous French graphic novel won several awards, including the "best first album" award at Angouleme in 2004.