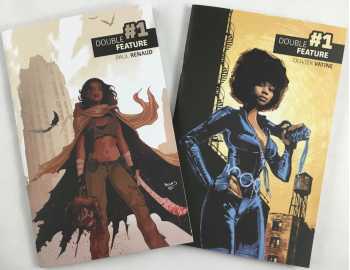 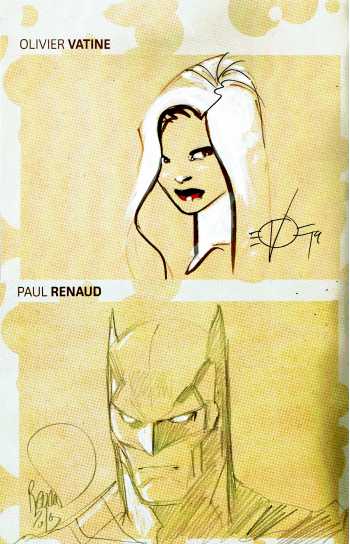 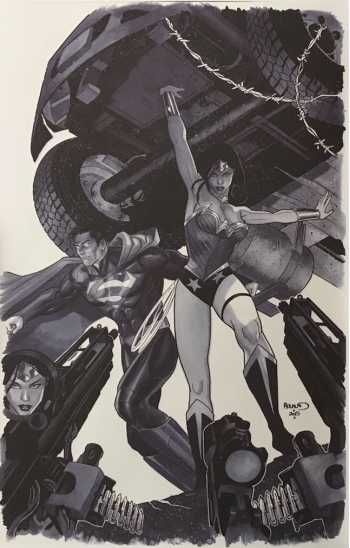 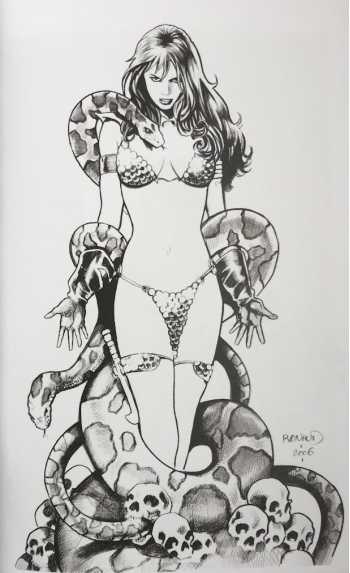 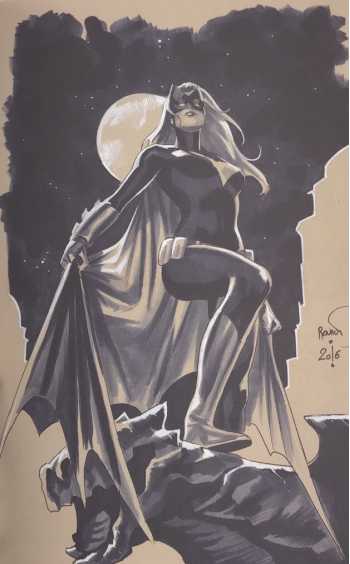 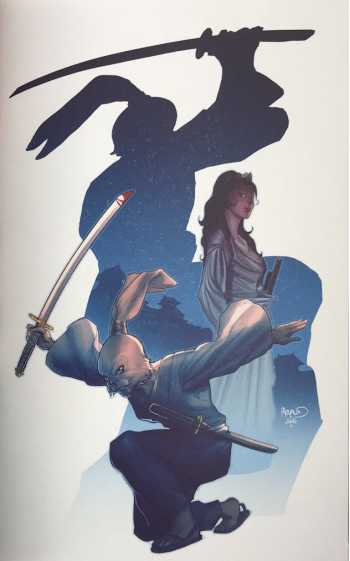 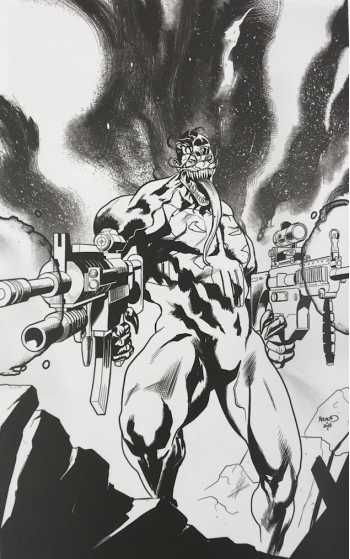 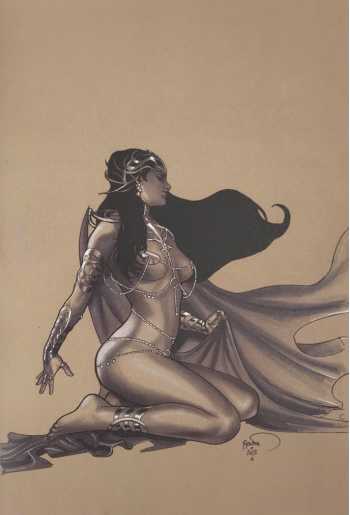 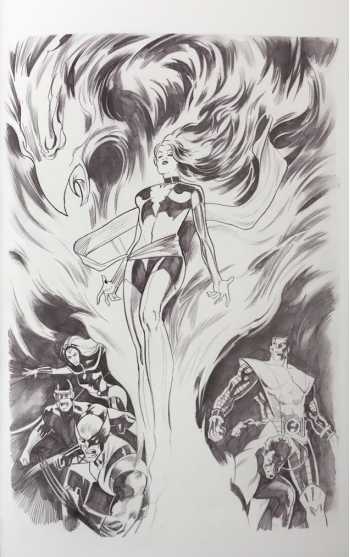 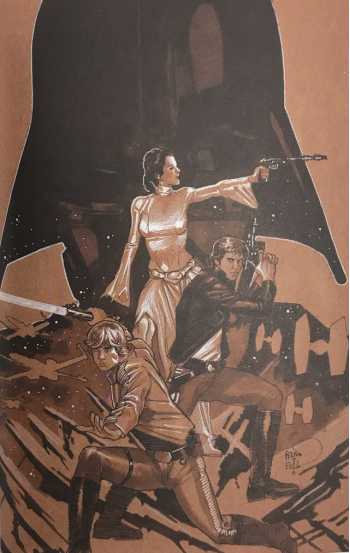 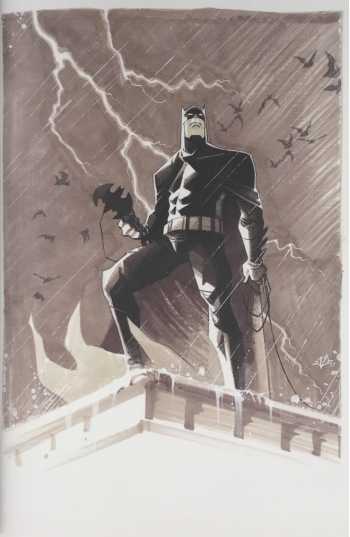 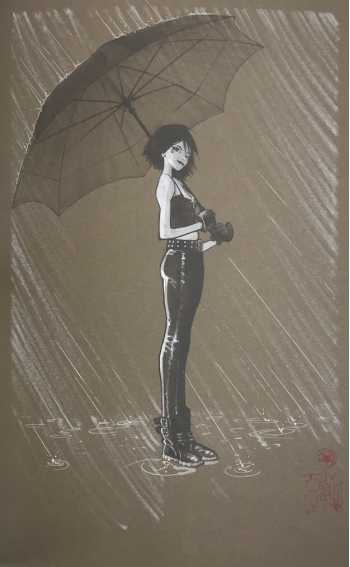 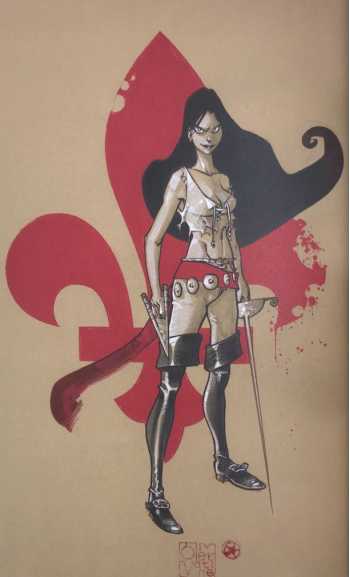 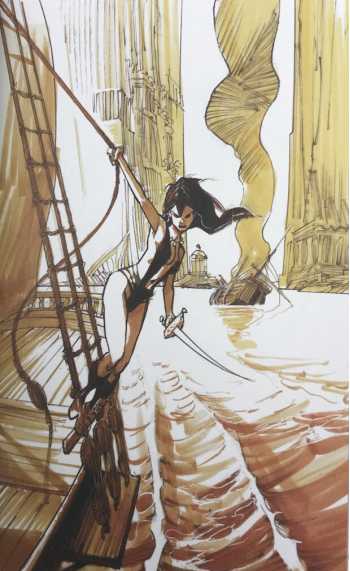 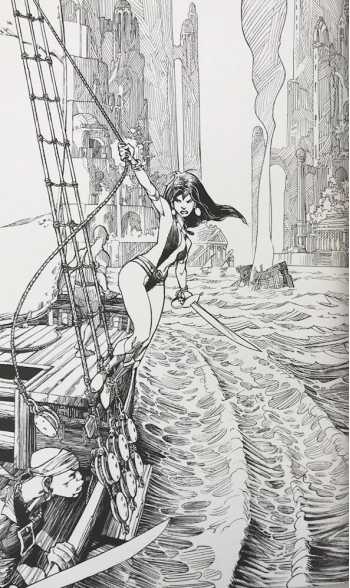 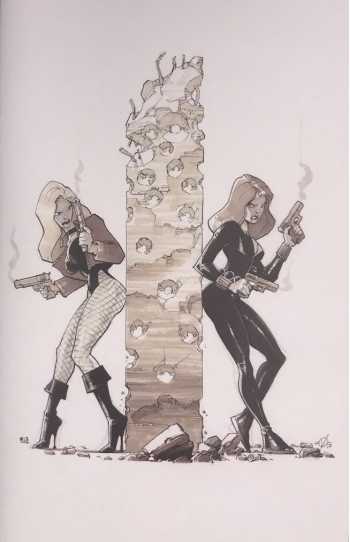 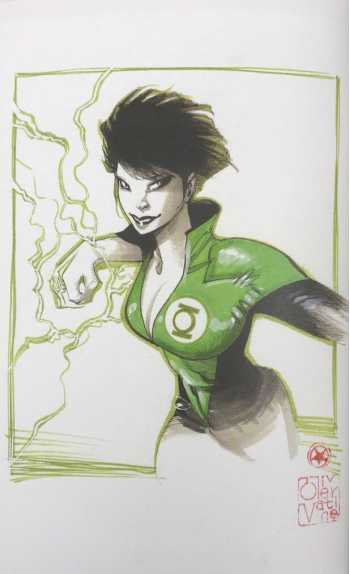 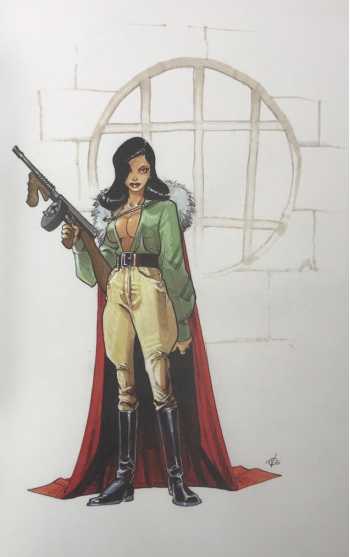 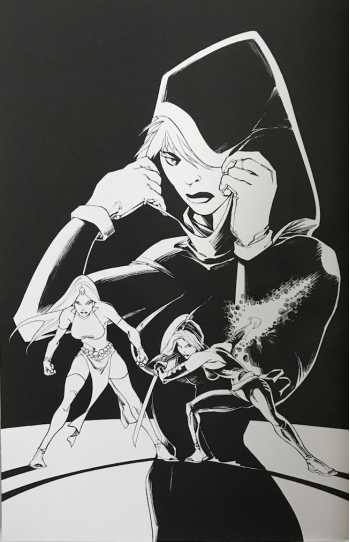 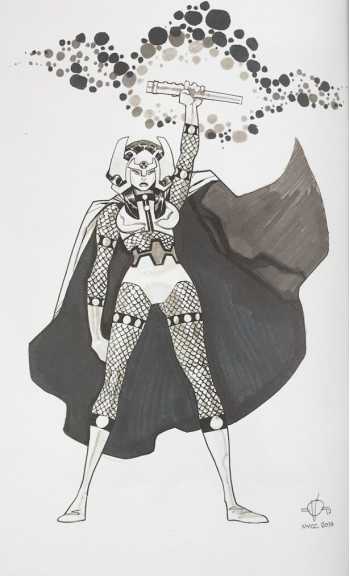 We commissioned Paul Renaud and Olivier Vatine to draw headsketches in these copies.

A collection of drawings, commissions, covers, and other artwork by Paul Renaud and Olivier Vatine. Self-published by the artists especially for their appearance at the 2019 New York Comic-Con.

Paul Renaud has been drawing comics for the US market for 15 years, working on such titles as Cavewoman, Red Sonja, Fear Agent, Uncanny Avengers, Captain America, Black Panther and Star Wars. Prolific cover artist, he worked for all the major publishers, producing more than 300 covers over the years, from Archie to Conan.

Olivier Vatine studied fine arts in Rouen, where in 1977, he met Thierry Cailleteau and ogether they made 'Fred et Bob,' 'Sam Pulsar,' and the bestselling sci-fi epic 'Aquablue.' With Fred Blanchard he started working for the American market with the Dark Horse comic 'Star Wars: Heir to the Empire.' Beyond comics, Vatine worked in advertising and animation.Vatine has edited comics lines for Delcourt, Ankama, and Glenat, often contributing stories and layouts. Vatine's Niourk was nominated for an Eisner Award.

Very Fine
Signed by both artists with drawings