Sign in | Register
HomeIllustrationGolden Age IllustratorsMabel Dwight: A Catalogue Raisonné Of The Lithographs 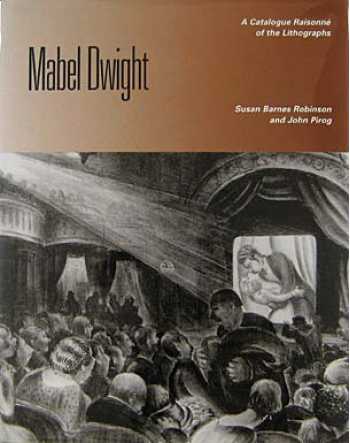 "Characterized as a keen observer of the comedie humaine, Mabel Dwight (1875-1955) emerged as a lithographer at the age of 52 and became one of the most noted American printmakers of the 1920s and 1930s.

Although best known for her benignly satirical depictions of New York City life, she also produced portraits, evocative mood pieces, architectural scenes, and deeply felt responses to the urgent political and social concerns of the day: the Depression, the rise of fascism and the imminence of war."

A catalogue raisonné reproducing all 111 lithographs, plus 48 other illustrations. Exhibitions. Chronology. Reprints two articles written by Dwight: Satire in Art and How I Make a Lithograph.