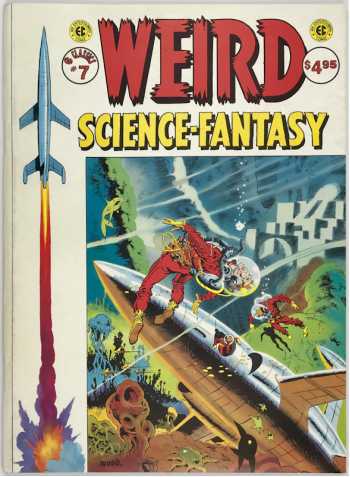 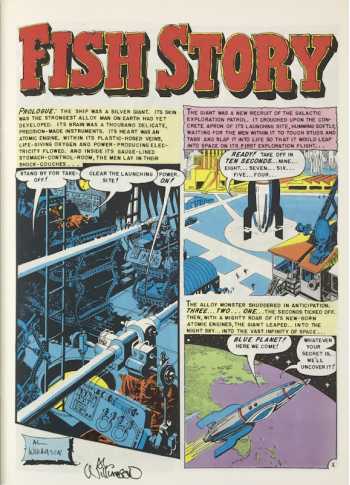 Reprints both covers and all eight stories from Weird Science-Fantasy #23 and #24 (1954). Two stories each by Wally Wood, Al Williamson, Bernie Krigstein, and Joe Orlando. Color by Marie Severin.

Reprints. Cover art by Wallace Wood. "The Children," script by Albert B. Feldstein, art by Wallace Wood; Colonists on a new world have their children taken from them by the government. "Fish Story," script by Albert B. Feldstein, art by Al Williamson; The fish life forms on a distant strange blue planet are faced with their fading sun soon going nova and exploding, only to leave their planet without life-sustaining oxygen; Then they see an alien vessel approaching and fill it with water and drown the crew inside, and take the ship back to Earth in hopes that their water areas will provide a new home. "Ninth Wonder" text story. "The Flying Machine," script by Ray Bradbury and Al Feldstein (adaptation), art by Bernie Krigstein; When Emperor Yuan discovers that a villager has learned how to create a flying machine he has him killed so the secret won't fall into the wrong hands. "Fair Trade," script by Albert B. Feldstein, art by Joe Orlando; After a nuclear holocaust, a tribe sells Manhattan Island to aliens.