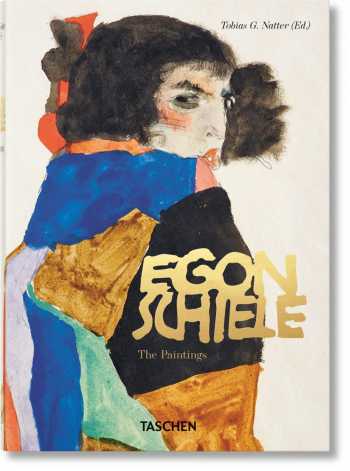 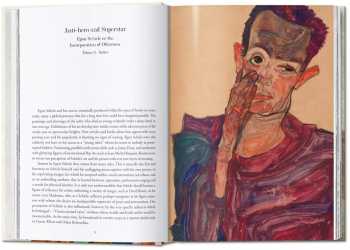 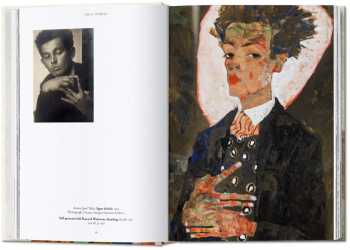 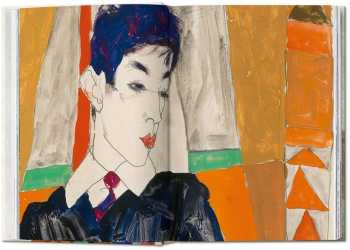 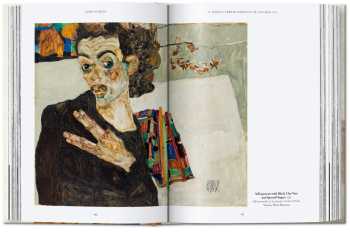 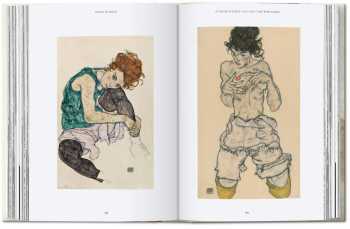 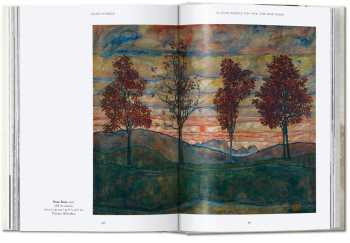 This new edition of Taschen's $200 XXL monograph reduces the page size, but keeps most of the content of the original.

After Egon Schiele (1890-1918) freed himself from the shadow of his mentor and role model Gustav Klimt, he had just ten years to inscribe his signature style into the annals of modernity before the Spanish flu claimed his life. Being a child prodigy quite aware of his own genius and a passionate provocateur, this didn't prove to be too big a challenge.

His haggard, overstretched figures, extreme depiction of sexuality and self-portraits, in which he staged himself with emaciated facial expressions bordering between brilliance and madness, had none of the decorative quality of Klimt's hymns of love, sexuality and yearning devotion. Instead, Schiele's work spoke of a brutal honesty, one that would upset and irreversibly change Viennese society.

Although his works were later defamed as "degenerate" and for a time were almost forgotten altogether, they influenced generations of artists--from Günter Brus and Francis Bacon to Tracey Emin. Today, his then misunderstood oeuvre continues to fetch exorbitant prices on the international art market.

This monograph, first published in an XL edition, is now available in a slightly abridged, more compact edition to celebrate TASCHEN's 40th anniversary and features the paintings and drawings that retrace the fertile last decade of Schiele's life. These works are accompanied by essays introducing his life and oeuvre, situating the Austrian master in the context of European Expressionism and charting his extraordinary legacy.

TASCHEN is 40! The 40 series presents new editions of some of the stars of our program--now more compact, friendly in price, and still realized with the same commitment to impeccable production.

Tobias G. Natter is an internationally acknowledged expert on art in "Vienna around 1900." For many years he worked at the Austrian Belvedere Gallery in Vienna, latterly as head curator. He also worked as guest curator at the Tate Liverpool, the Neue Galerie New York, the Hamburger Kunsthalle, the Schirn in Frankfurt am Main, and the Jewish Museum in Vienna. From 2006 to 2011, he directed the Vorarlberg Museum in Bregenz, and from 2011 to 2013 was director of the Leopold Museum in Vienna. In 2014 he founded Natter Fine Arts, which specializes in assessing works of art and developing exhibition concepts. He is the author of TASCHEN's Gustav Klimt. Complete Paintings, Art for All. The Colour Woodcut in Vienna around 1900 and Egon Schiele. The Complete Paintings 1909-1918.