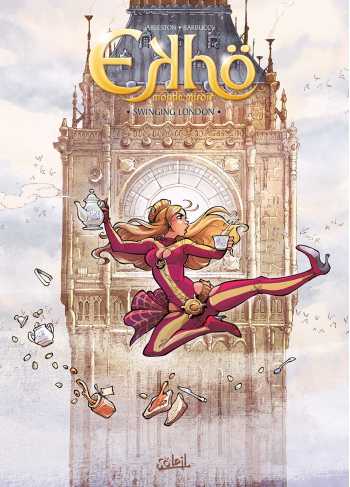 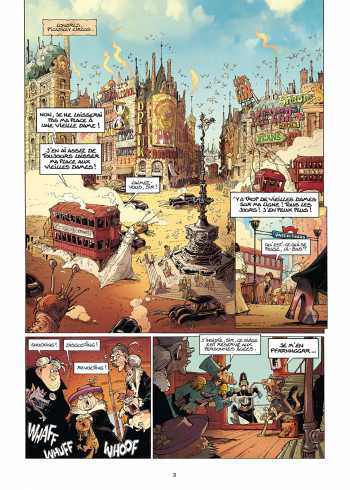 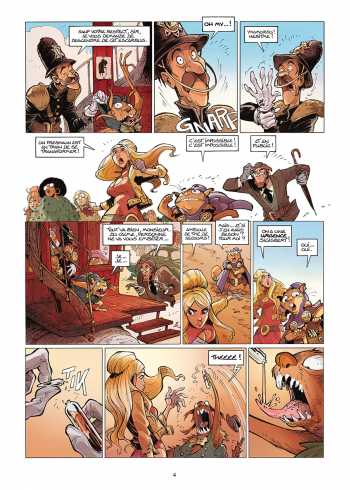 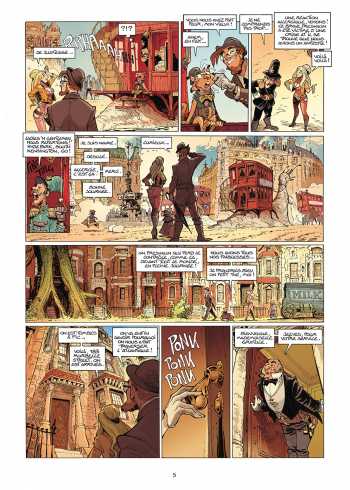 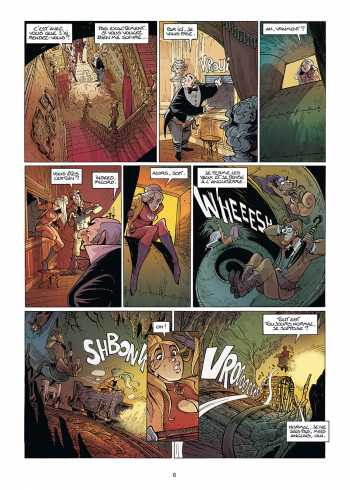 Agents Fourmille and Yuri, in the secret service of her holiness the Pontiff, are tasked with leading an investigation in the thick fog of Swinging London!

In the United Kingdom, the situation is critical! There is a severe shortage of tea, and Preshauns have great difficulty in controlling their bestial counterparts without it. As incidents escalate and humans see things that they should not, Yuri and Fourmille are appointed to sort the mess out. With a bowler hat on his head and leather boots at her feet, these Avengers, must unravel the mystery with the help of British bobbies and punks.

Ekho is a mirror world to the earth. It has developed like her, but electricity doesn't exist; only magic reigns. On Ekho you'll recognize the usual continents, cultures, and cities. Paris, New York, London, Barcelona... they're similar yet very different. One travels on the backs of dragons or caterpillars. This series reinvents the contemporary world in a heroic fantasy version, magnificently illustrated by Alessandro Barbucci.