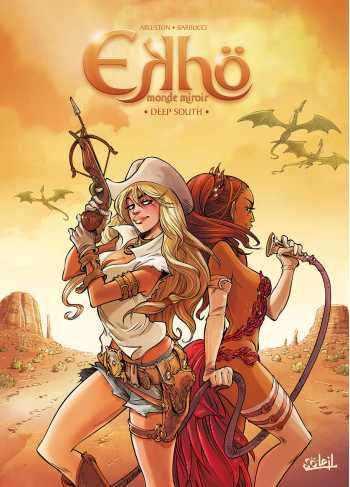 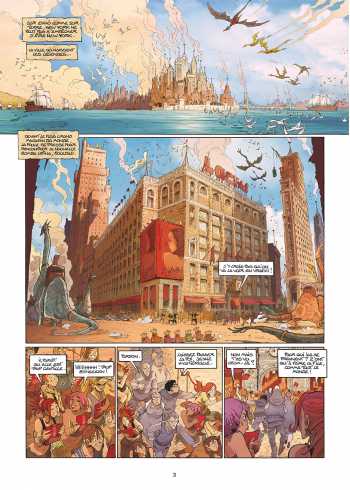 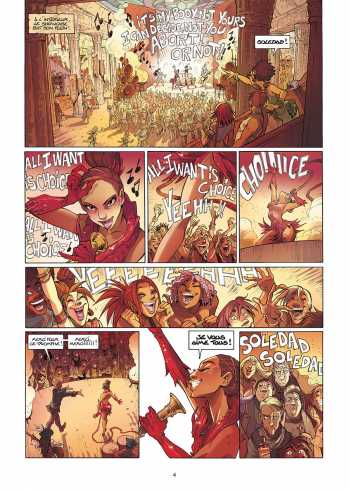 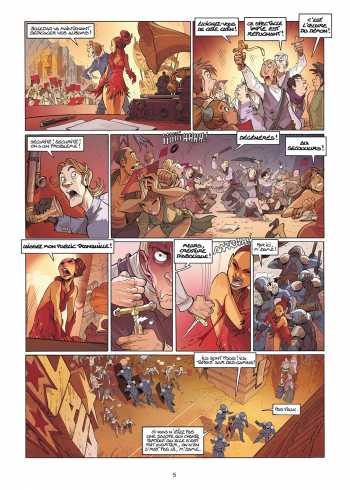 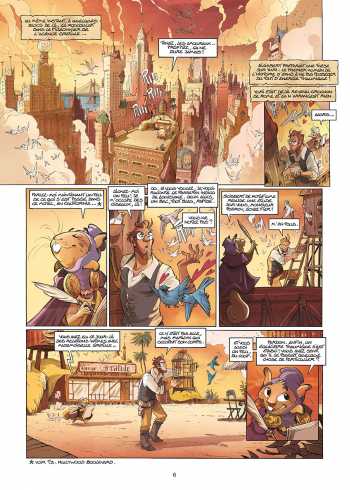 Ekho is a mirror world to the earth. It has developed like her, but electricity doesn't exist; only magic reigns. On Ekho you'll recognize the usual continents, cultures, and cities. Paris, New York, London, Barcelona... they're similar yet very different. One travels on the backs of dragons or caterpillars. This series reinvents the contemporary world in a heroic fantasy version, magnificently illustrated by Alessandro Barbucci.

In New York, Soledad, a young musician, has just released a new gramophone album, to which a small Presbyterian group, led by the media-friendly Reverend Fox, has taken vehement exception. They don't care for the singer's support of a Woman's right to an abortion. Assaulted during a show, Soledad takes refuge at the home of her agent, Fourmille Gratule. Gratule accompanies Soledad and her group on a turbulent tour, which takes them south to New Orleans in search of the truth...