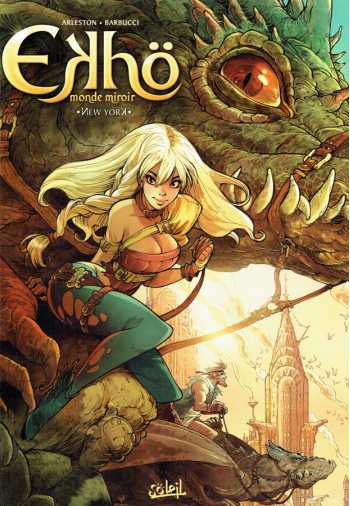 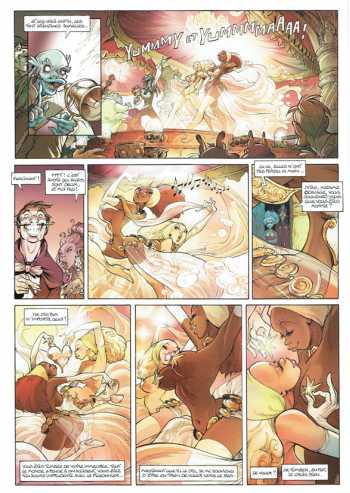 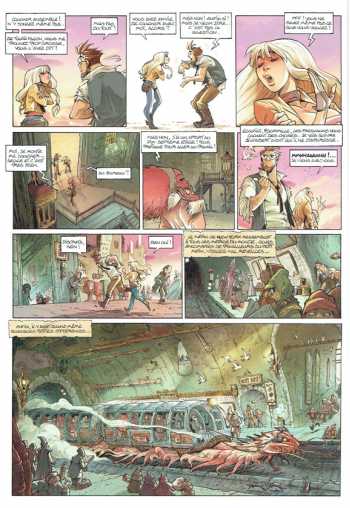 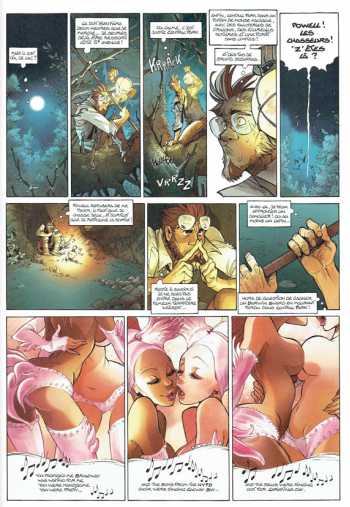 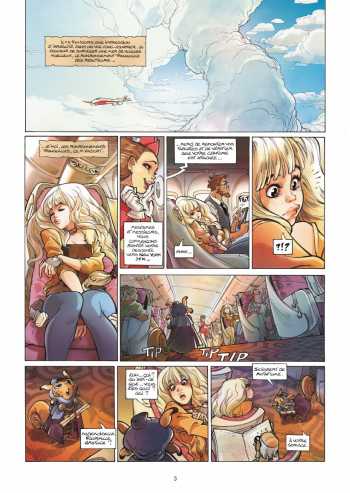 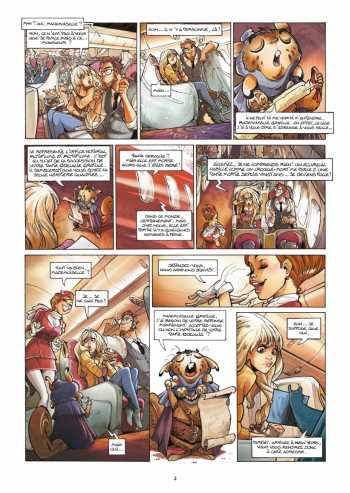 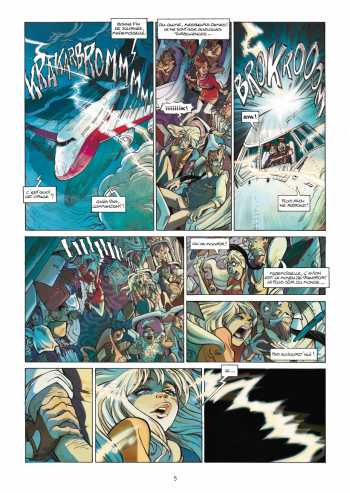 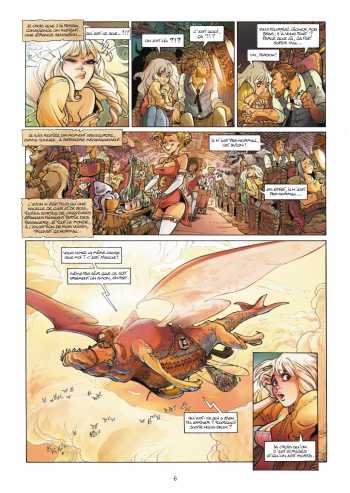 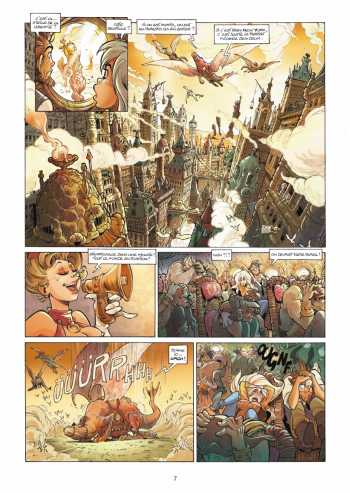 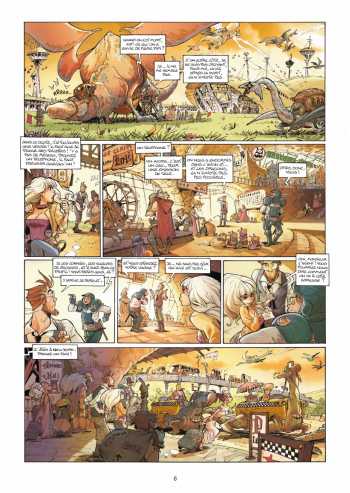 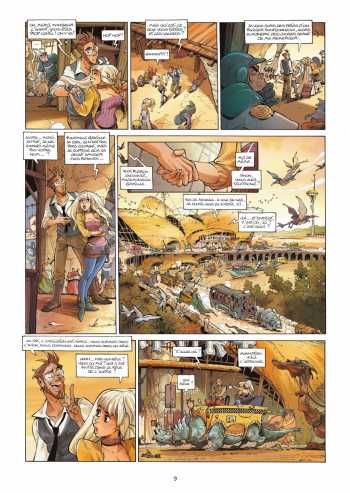 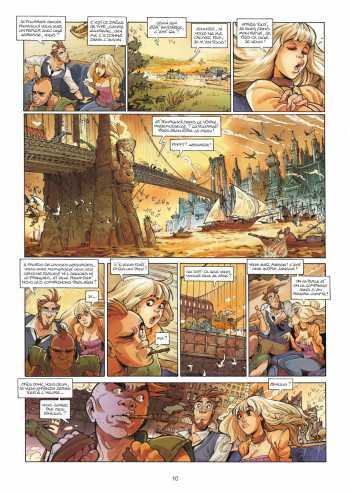 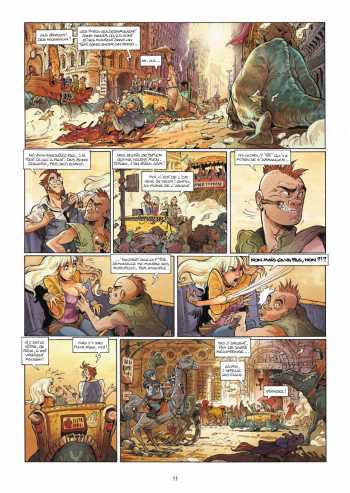 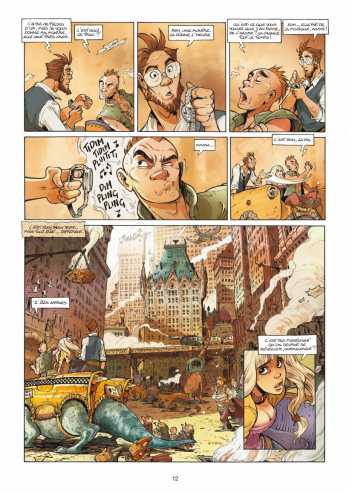 The new offbeat series by Arleston and Barbucci! Subtitled, Mirror World, it is a globe-hopping fantasy adventure set in an steampunk, creature-filled version of our earth. The first three stories are set in New York, Paris, and Hollywood!

When Fourmille gets on her plane for New York, she expects a normal journey with no surprises. But in the middle of the flight, she is accosted by a strange creature who asks her if she accepts the inheritance of an aunt who disappeared 20 years ago. And after lightning strikes the 747, she ends up arriving in New York on the back of a dragon! Deep in Manhattan, she discovers a hidden world of heroic fantasy.