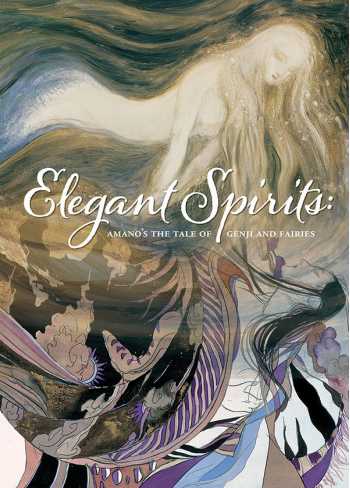 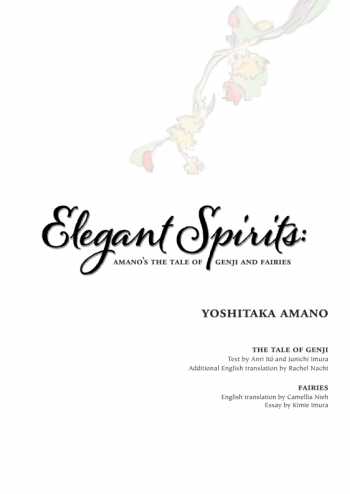 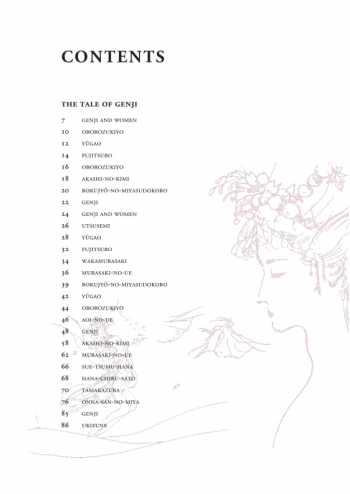 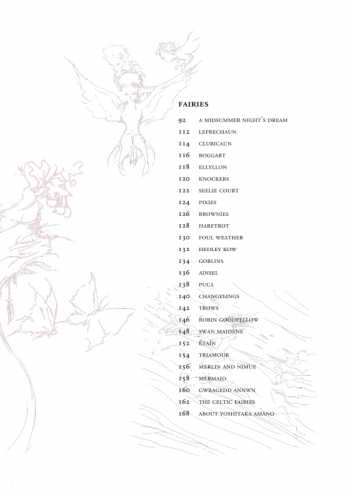 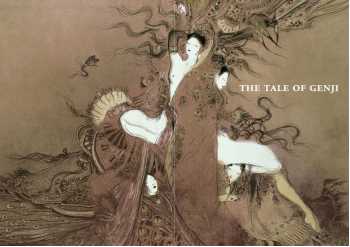 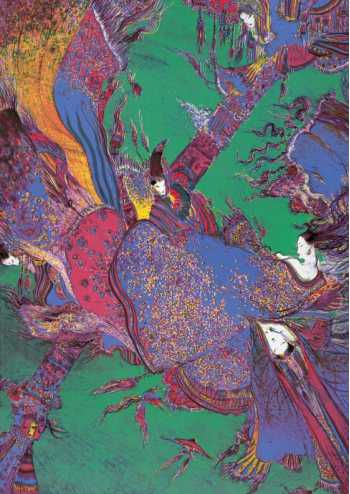 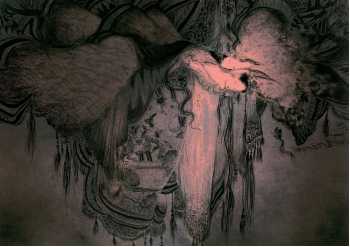 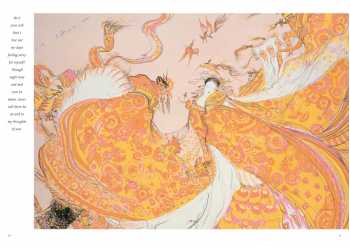 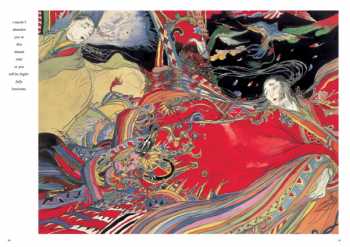 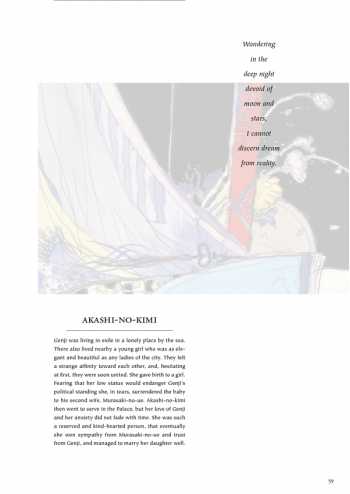 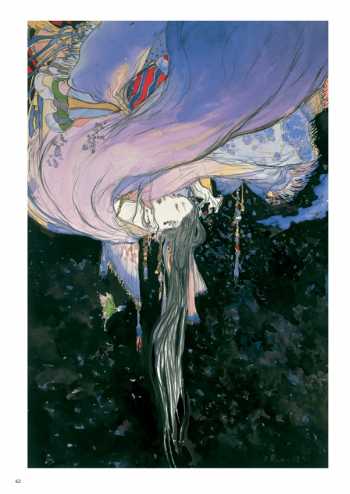 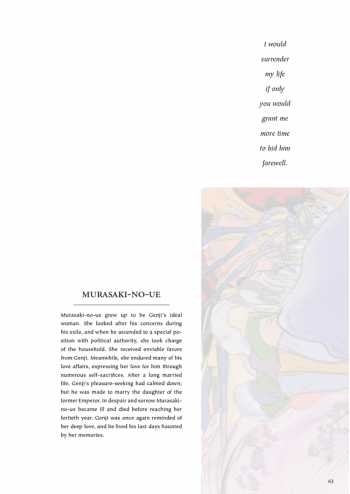 Yoshitaka Amano has visualized other worlds of wonder as the artist of the Final Fantasy game series. Now, with Elegant Spirits, our own world's ancient treasures of literature and legend are richly evoked through Amano's paintings and illustrations!

Elegant Spirits first contains Amano's adaptation of The Tale of Genji, a psychological exploration of courtly love written a thousand years ago by Lady Murasaki, and often considered to be the earliest novel ever written. The second half of Elegant Spirits is Amano's Fairies, his portrayals of the many magical beings of English and Celtic lore and drama--from brownies and the Seelie Court, to Merlin and Nimue, to Shakespeare's Puck and Titania. The images of Elegant Spirits are accompanied by excerpts of text, poetry, and the stories that accompany these unforgettable figures of the past.