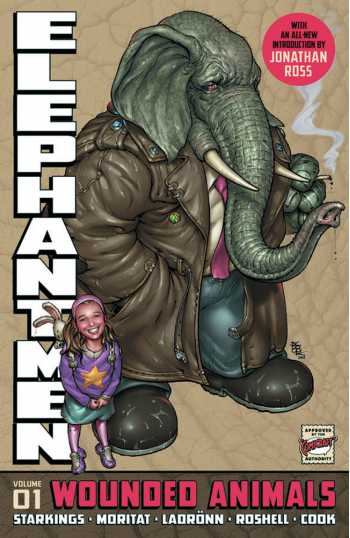 The sold out first volume of ELEPHANTMEN is back in print and now includes the sold out ZERO issue with art by LADRÖNN, as well as a sketchbook section [featuring Moritat and Ladronn], the English & Media Studies back matter from the single issues, and an introduction by JONATHAN ROSS!

They were genetically engineered to be supra-human weapons of mass destruction, but ultimately dismissed collectively as Elephantmen. Hip Flask, Ebony Hide and Obadiah Horn count amongst their number; wounded animals who, despite their differences and origins, must live in the world of man.