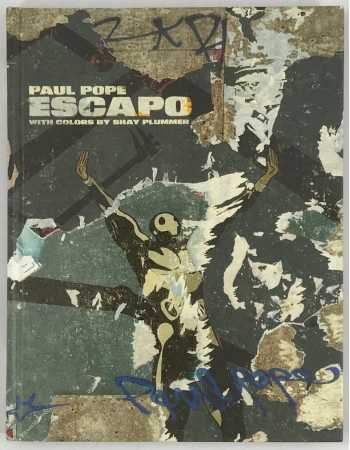 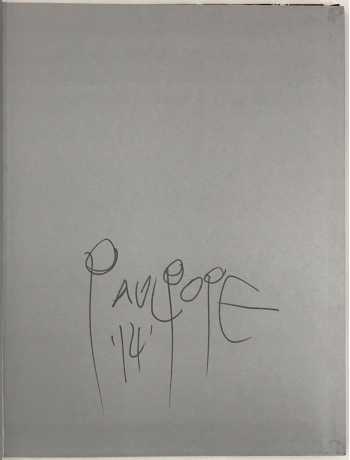 Signed by the artist and dated in the year of publication on the front free endpaper.

Paul Pope's 1999 work Escapo, which tells the tale of a love-stricken circus escape artist, is equal parts Jack Kirby and Federico Fellini. The reissue gives new readers insight into Popes development as an artist and longtime fans another chance to own the perennially out of print work, along with supplementary material like sketches, an alternative ending and insight from the artist himself.

Originally released in black & white, the new Z2 Comics edition also marks the first time the work has appeared in full-color, thanks to the Picasso-inspired palate of colorist Shay Plummer.

Near Fine, issued without dustjacket (tiny bump to one corner and spine ends, sharp interior)
Signed and dated '14 by the artist