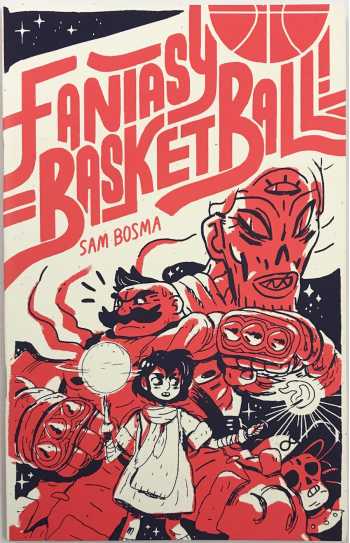 This 44-page comic was extensively revised, redrawn, and reprinted as Fantasy Sports #1 by Nobrow.

Sam Bosma was born in Chagrin Falls, Ohio, and grew up in suburban Pennsylvania. After graduating from the Maryland Institute College of Art, he taught in the Illustration department from 2011 to 2013 before moving to Brooklyn, New York. His work has been recognized by Spectrum, American Illustration, and The Society of Illustrators. He won a Silver Medal from the Society of Illustrators in the Institutional category, as well as a Gold Award from Spectrum in 2013. He currently does background drawings for Steven Universe on Cartoon Network when not making comics and graphic novels of his own.