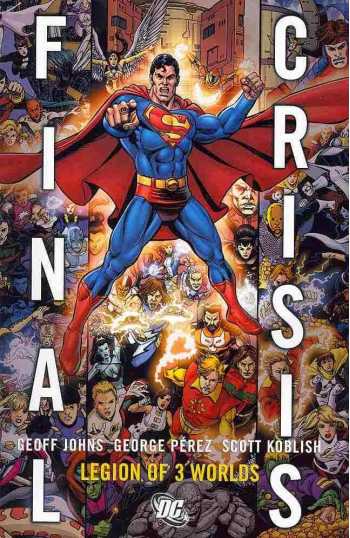 Superstar writer Geoff Johns and legendary artist George Pérez deliver the Crisis of the 31st century as the Legion of Super-Heroes reaches out for help against a powerful foe they can't beat alone.

From the moment Superman landed on Earth until the end of time, the Time Trapper has sought to erase Superman's impact on the universe. But the Legion of Super-Heroes have always been there to stop the relentless villain. Now, one Legion isn't enough as the Time Trapper taps a twisted mirror image of The Boy of Steel from a parallel Earth long dead: Superboy-Prime! Who will answer the Legion's call for help?

With ties to INFINITE CRISIS, FINAL CRISIS and the history of the DCU, this tremendous hardcover collects the entire 5-issue miniseries and is not to be missed!