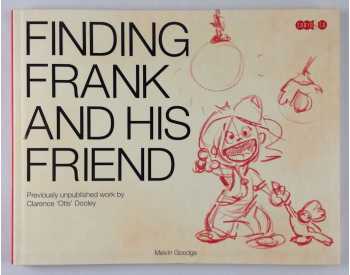 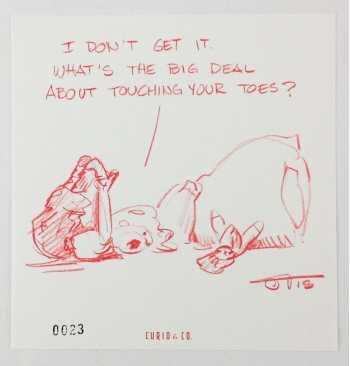 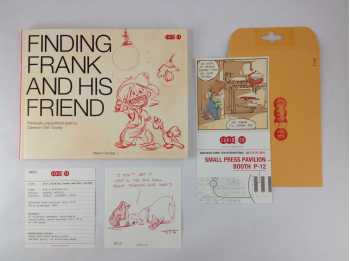 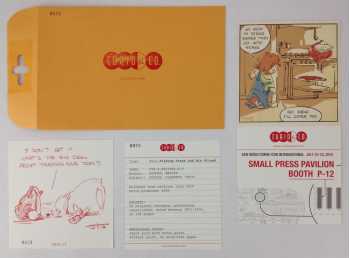 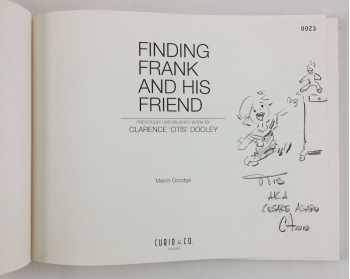 An early production from Curio & Co. This copy is signed by Cesare and dated "CA 2010" with an original sketch. The extra print and certificate of authenticity are still present as well as a printed flyer to their booth location at San Diego Comic-Con.

As advertised, "It was easy to love Frank and his Friend, with its ice cream smudged logic and playful escapism. The characters charmed their way into our hearts and influenced countless cartoonists. These 52 never-before-seen images provide a glimpse into the development of one of the most enduring comics and allow us to meet Frank and his Friend all over again."

In reality, it is an incredibly authentic and enjoyable put-on: "Finding Frank and his Friend is a collection of drawings and illustrations by Cesare Asaro (under the pseudonym Clarence 'Otis' Dooley) featuring a child and his toy named Frank (as a comic entitled Frank and his Friend), with accompanying text by Kirstie Shepherd (under the pseudonym Melvin Goodge). The content makes reference to a number of characters, institutions or other works of art, which are all creations of Cesare Asaro and Kirstie Shepherd."