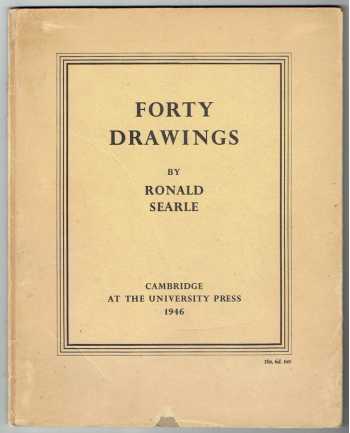 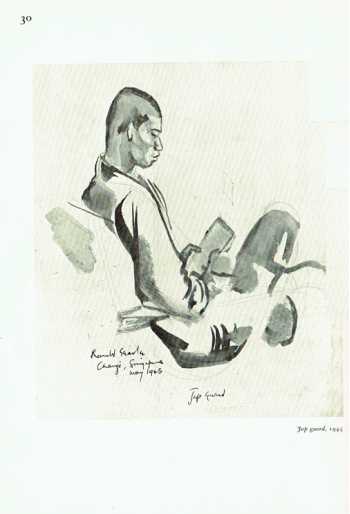 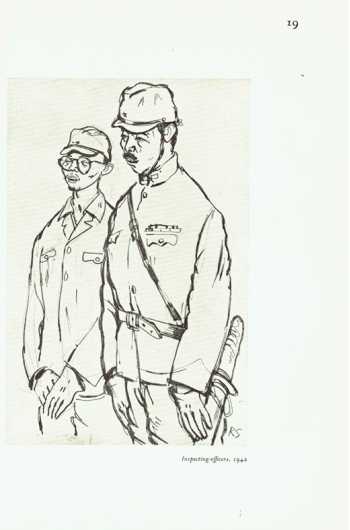 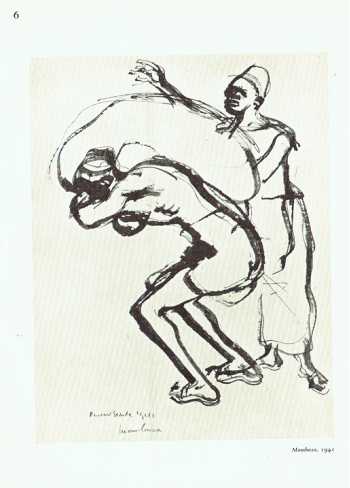 From 1946, a first printing of Ronald Searle's first book. A collection of the drawings Searle did as a soldier and prisoner of war of the Japanese in the Pacific islands between 1942 and 1945. Searle was captured after just one month in the Pacific theatre.

An introduction followed by 40 monochrome plates. Binding is in original strong paper-wrapped card covers. Original buff paper-covered boards, titles on front cover in black. Wear to the paper cover along the joints and the top and bottom edges.

"In 1939, as an art student, Ronald Searle volunteered for the army, embarking for Singapore in 1941. Within a month of his arrival there, however, he became a prisoner of the Japanese, and after 14 months in a prisoner-of-war camp, was sent north to a work camp on the Burma Railway. In May 1944, he was sent to the notorious Changi Gaol in Singapore and became one of the few British soldiers to survive imprisonment there. Throughout his captivity, despite the risk, Ronald Searle made drawings to record his experiences. The drawings were hidden by Searle and smuggled from place to place, stained with the sweat and dirt of his captivity. They are a record of one man's war and are among the most important and moving accounts of the second World War."

Very Good+ (wear to the paper cover along the joints and the top and bottom edges, binding and pages sound)