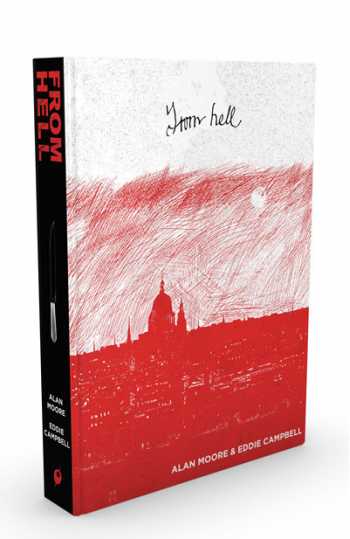 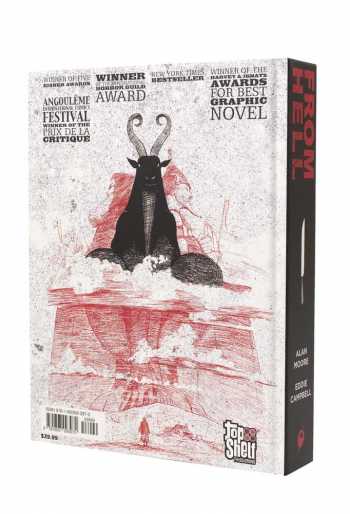 Winner of the Eisner, Harvey, and Ignatz Awards for Best Graphic Novel.

From Hell is the story of Jack the Ripper, perhaps the most infamous man in the annals of murder. Detailing the events leading up to the Whitechapel killings and the cover-up that followed, From Hell is a meditation on the mind of a madman whose savagery and violence gave birth to the 20th century. The serialized story, presented in its entirety in this volume, has garnered widespread attention from critics and scholars. Often regarded as one of the most significant graphic novels ever published, From Hell combines meticulous research with educated speculation, resulting in a masterpiece of historical fiction both compelling and terrifying. This new edition, which has been completely re-mastered, is certainly the finest edition of the book produced to date.

"My all-time favorite graphic novel ... an immense, majestic work about the Jack the Ripper murders, the dark Victorian world they happened in, and the birth of the 20th century." -- Entertainment Weekly

"Moore's works have often defied the public's expectations of the medium, and his most ambitious work, the massive graphic novel From Hell, is no exception. ... The result is at once a meditation on evil, a police procedural and a commentary on Victorian England. ... an impressive piece of work." -- The Los Angeles Times

"... a massive exploration of the Jack the Ripper murders that incorporates British history, Masonic ritual, and London geography in a fascinating and horrifying conspiracy theory." -- The AV Club