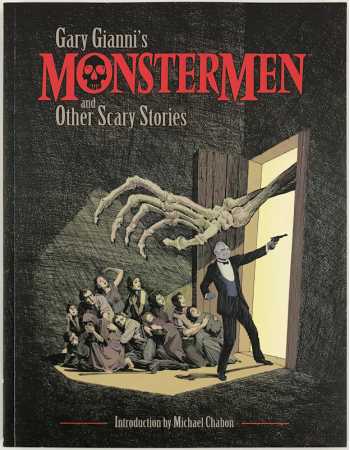 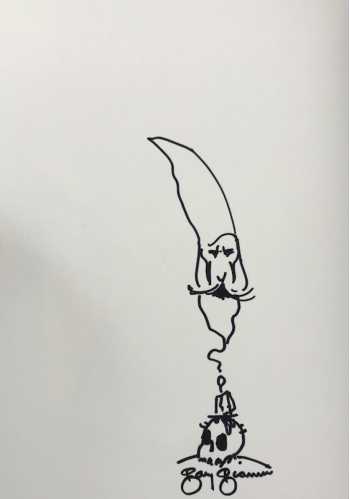 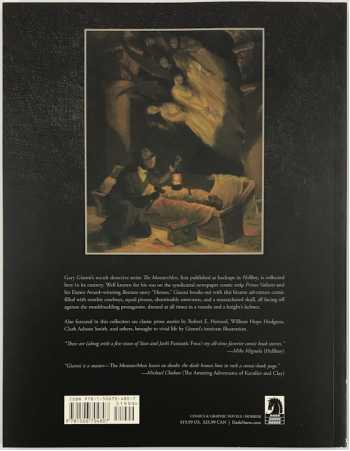 Signed by the artist with a drawing on the blank inside cover. Out of print in hardcover and paperback.

Gary Gianni created one of the strangest occult detective teams in comics history: millionaire filmmaker Lawrence St. George and his associate, Benedict, of the venerable guild of Corpus Monstrum. They navigate a peculiar and deadly world plagued by squid pirates, zombie cowboys, abominable snowmen, mustachioed skulls, and fat, flying demons, all facing off against the swashbuckling protagonist, dressed at all times in a tuxedo and a knight's helmet.

Gianni's meticulous and evocative art combined with his haunting but often hilarious writing create a horror comic unlike anything else on the stands. This book also includes classic prose stories by Robert E. Howard, Clark Ashton Smith, and more, brought to vivid life by Gianni's intricate illustration.

"These are (along with a few issues of Stan and Jack's Fantastic Four) my all time favorite comic book stories."--Mike Mignola

"Gianni is a master--The MonsterMen leaves no doubt: the dude knows how to rock a comic book page."--Michael Chabon

Very Fine
Signed by the artist with a drawing