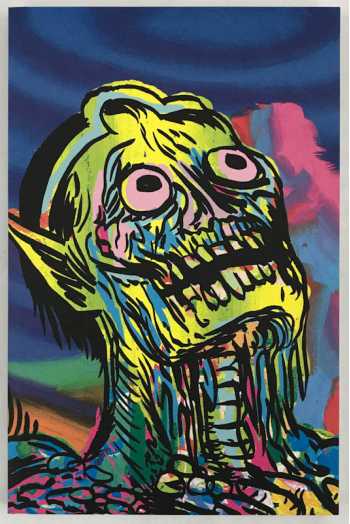 Published in France and never distributed into the U.S., a selection of comics and paintings by legendary cartoonist Gary Panter. Including unpublished works from the Jimbo and William & Percy series as well as Smoke Wagon's complete comic strips, Panter's collaboration with Marvel comics on Omega the Unknown, and sketchbooks from 1979 and 2009. Entirely screen printed.