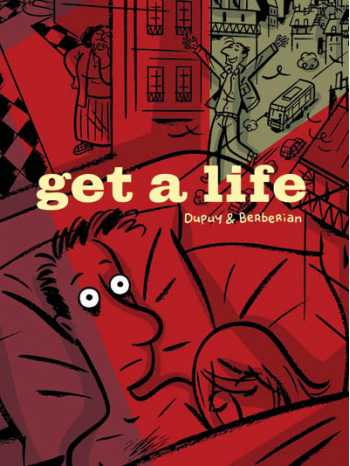 For twenty years, French cartoonists Philippe Dupuy and Charles Berberian have collaborated on every aspect - sharing both the writing and drawing - of their highly acclaimed Mr. Jean short stories, creating one of the most endearing, clever, and readable series in contemporary French comics. Their award-winning, critically acclaimed series has sold more than 120,000 copies in France and has won one of comics' most coveted awards, the prestigious Angouleme Alph-Art Award for the Best Book of the Year.

Get a Life is a collection of the early Mr. Jean stories where the reader is introduced to the life of the titular character, a laconic, single Parisian male struggling through the usual calamities of life: bachelorhood in his twenties and early thirties and the impending responsibilities of marriage, kids, and deadlines for his publisher. Mr. Jean is a typical everyman - a scholar who fancies himself a man of letters, a nostalgist whose memories carry a weight few can understand, a lover whose heart knows the greatest of burdens. Melancholic yet joyful reflections on past loves, favorite authors, marriage, and fatherhood are laid out in a breezy, comic style.