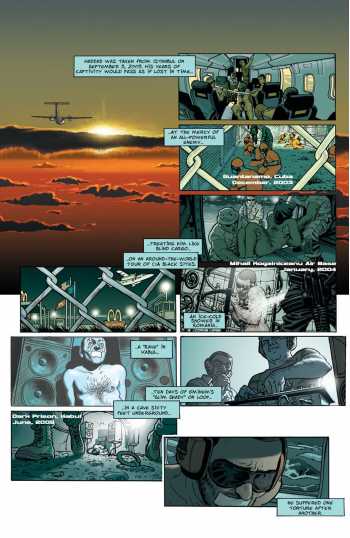 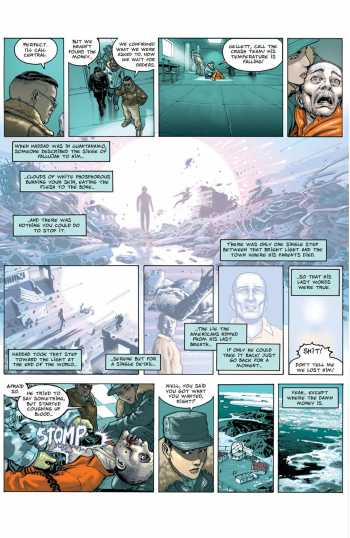 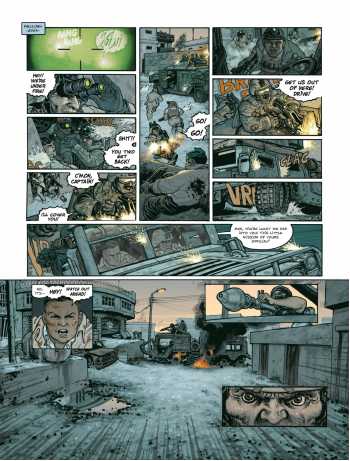 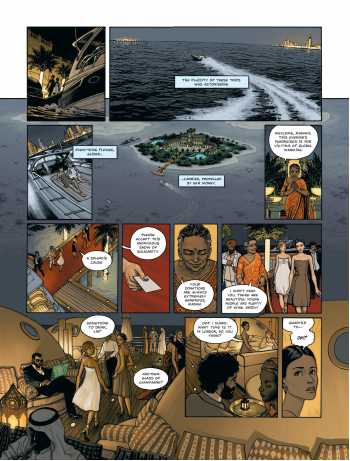 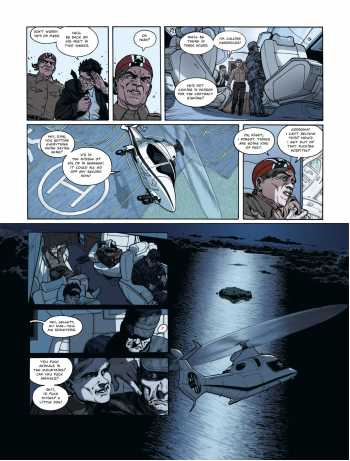 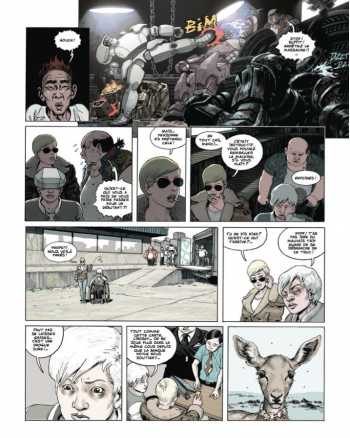 The bestselling French series in English!

Intriguing characters and plotlines intertwine in a near-future political thriller drawing on contemporary world events and actual growing technology contributing to a cyberwar in both reality and virtual reality. When Lindsey, a young student in London, is rescued from a riot by Chamza, a young woman from the Arab world, they begin a relationship based on both fascination and convenience. Before she knows it, Lindsey is drawn into a world of vast wealth and intrigue; her new friend seems to have ties to political movements and revolutionaries throughout the Islamic world, but it is not clear what their agenda might be, or where her great wealth comes from. Could it be the fabled legendary lost treasure of Al-Qaeda, supposedly amassed through insider trading prior to 9/11? Unbeknownst to either Lindsey or Chamza, a set of US contractors, all veterans of war in Iraq and the CIA's rendition program, are focusing their sites on Chamza, believing her wealth is indeed the key to a larger threat to the entire world economy. The series looks at surveillance, clandestine military action, and class warfare in the twilight of the current War on Terror, all within the context of a thriller that ultimately seeks to find out what controls the global economy.