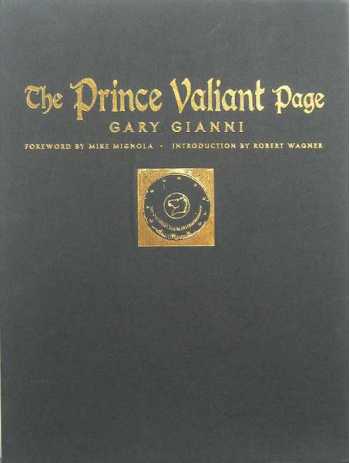 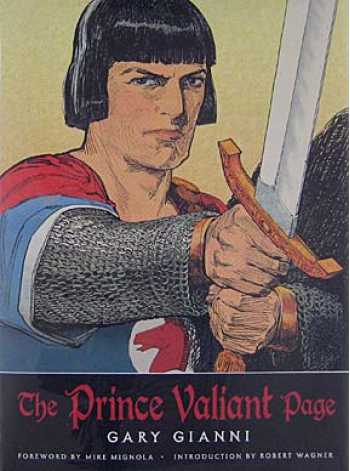 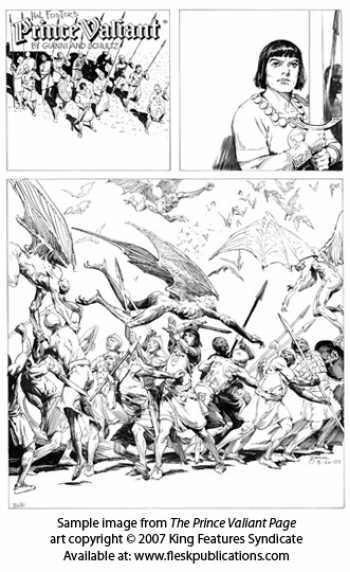 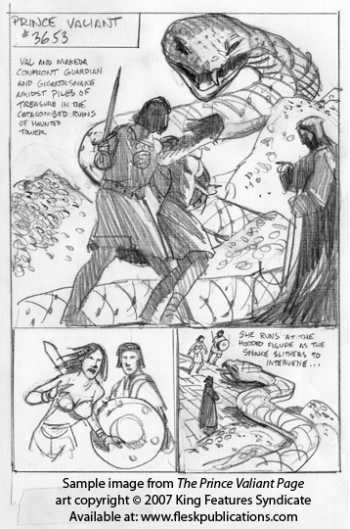 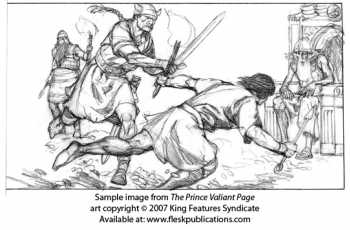 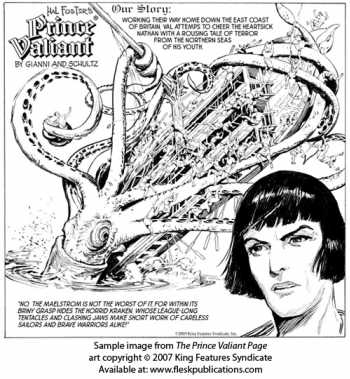 One of 1000 numbered, deluxe, slipcased, copies signed by the artist on a color illustrated limitation page.

The Prince Valiant Page is the first book collection featuring Gary Gianni's work on Prince Valiant. This book gives a well-rounded informative look at both Gianni's rendition of the Prince Valiant Sunday strip and his own working procedures. After 25 years as a professional illustrator, Gianni describes his new role as an assistant to John Cullen Murphy (who assisted Hal Foster - Prince Valiant's creator). Upon Murphy's retirement, Gianni became the third artist in the 70 year history of the feature. It continues with in-depth knowledge of the strip's creative process )(i.e., receiving the script, photographing models, making preliminary drawings and pencil roughs, then concluding with the finished illustrations). Supporting artwork includes collaborations between Murphy and Gianni, with Murphy's hand written notes and instructions. Examples of Gianni's work over the previous thirty years as a professional illustrator are included as well.

Gianni's entertaining, insightful text reveals his methods and working relationships with Murphy and current Prince Valiant writer, Mark Schultz. Further, he explains the usage of his tools and provides many tips learned during the course of his career. Prince valiant aficionado's, those interested in the creation process, and enthusiasts of Gianni's artwork will all find this book appealing.

Most reproductions are direct from the original artwork, rendered with archival quality. Gianni's originals are delineated using brush and pen. He utilizes these tools to create tones and variations often lost in the pure black and white reproduction methods characteristically employed in newspapers and comics. Gianni's work as never been reproduced in this manner before. His full tonal range will be revealed for the first time.