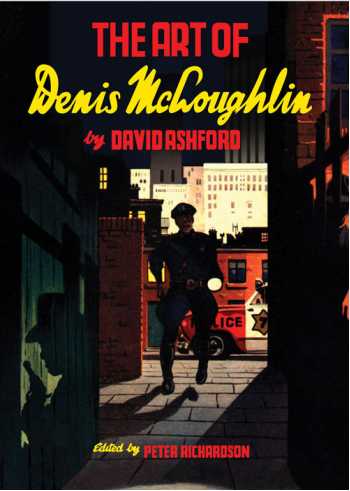 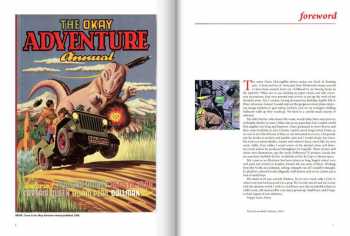 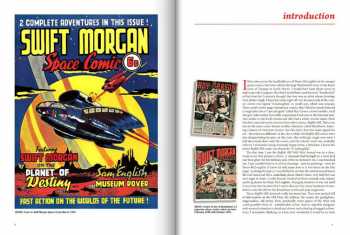 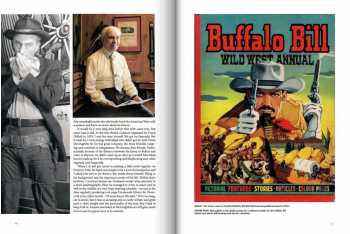 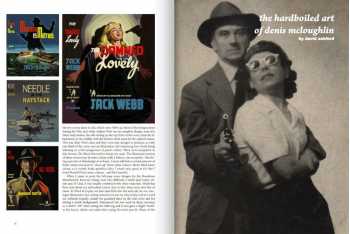 Written by David Ashford, one of McLoughlin's close friends, the book celebrates every aspect of the artist's career, from examples of his earliest work whilst still in uniform to his lengthy association with T.V. Boardman, for whom he produced hundreds of dust jackets for their Bloodhound crime series and their yearly best-selling Buffalo Bill Annual.

The Boardman covers are almost unique in British publishing history as no major publisher relied on a single artist to produce so many of their jackets. But tracking down useable examples has proved to be a long and gruelling process. As Peter says: "We needed high quality scans of all the covers we sought and the logistics of having to carry a scanner and computer to spend a day getting under the feet of a McLoughlin devotee, which would have secured us a reasonable number of scans but by no means all the ones I craved gave us pause for thought. Photographing the books would have been quicker, but the results are light years away from a scan. It simply wasn't an option.".

Hooking up with San Francisco-based collector Mark Terry gave fresh impetus to the book as Mark already had a network of contacts with collectors through his facsimile dustjacket business; the finished book will now contain dozens of examples, carefully restored.

The book contains many examples of McLoughlin's comic strips and a biography by David Ashford, as well as behind-the-scenes photos and examples of his original artwork.

The definitive book and biography of Denis McLouglin, packed with full colour images of his art and a complete bibliography.

The book features reproductions from the surviving original artwork, "pulls" in high quality print, never-before-seen photos chronicling the artist's life and page after page of some of the most stunning artwork ever to see print in the 20th century.