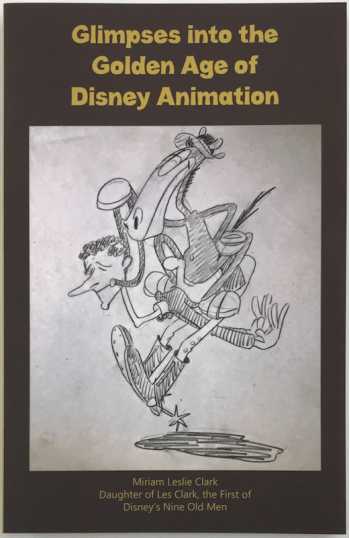 "Bring some of your drawings in and let's see what they look like."

That's what Walt Disney told Les Clark at a lunch counter in Hollywood in 1927. Les brought in his drawings, and Walt told him to start on Monday.

As the first of Walt's "Nine Old Men," Les got many plum assignments, starting with Steamboat Willie and including such Disney feature films as Pinocchio, Dumbo, One Hundred and One Dalmatians, Cinderella, Alice in Wonderland, Peter Pan, and Lady and the Tramp, along with dozens of short cartoons.

Nearly 50 years later, Les retired from Disney. This book, compiled by his daughter, Miriam Leslie Clark, is Les' memoir, packed with his first-hand stories of life at the Disney studio, from learning how to draw Mickey Mouse from his mentor, Ub Iwerks, to the story sessions, meetings, and pranks that filled each day during the Golden Age of Disney Animation.