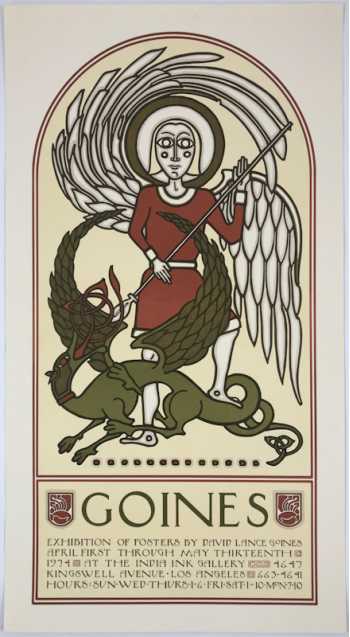 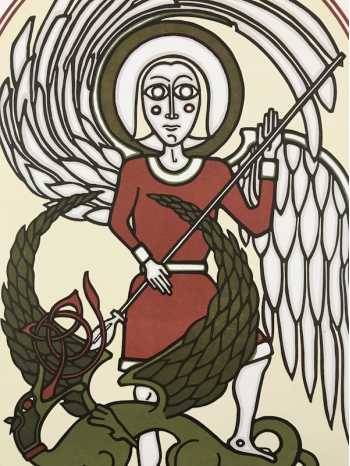 The Archangel Michael is here portrayed in his role as captain of the heavenly host, warring against that old serpent, called the Devil. You'll be pleased to hear that the good guys win and the great dragon is cast out, together with all his host. But, this is sometime in the future, and meanwhile the battle between good and evil rages without respite.

Saint Michael, whose Hebrew name extols the uniqueness of God, is the highest in rank of the seven archangels. To whom much is given, from him also much is expected, and Saint Michael has more work on his hands than you could shake a stick at: as the recording angel, he keeps track of good deeds and bad, and in the final judgment he will weigh our lives in a pair of scales. He is the master of intercession and revelation, and the lord of mountains and high places. He guards the biggest secret of all time, the mighty word with which God created Heaven and Earth. Though we may not be on the sidelines to witness the war in heaven, sooner or later each one of us will see the awesome guardian angel of Israel, as he is the receiver of the souls of the dead.