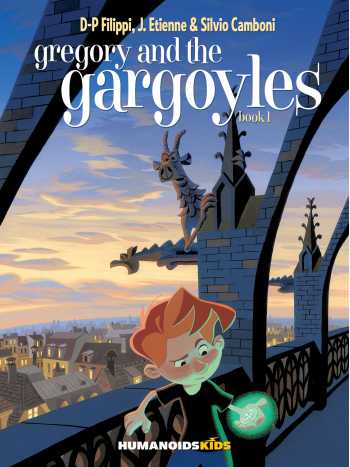 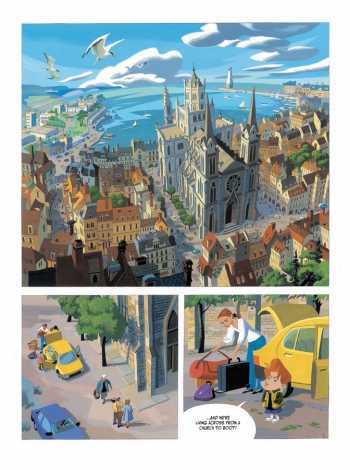 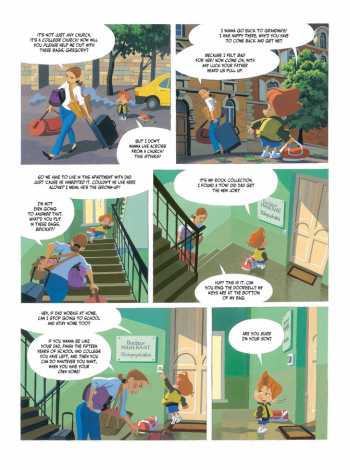 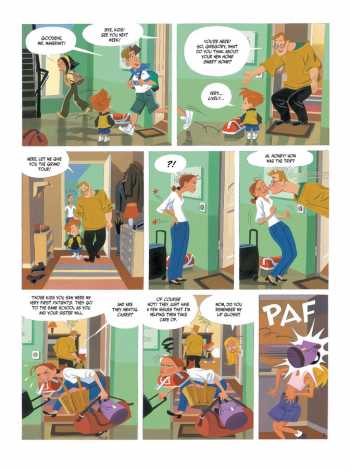 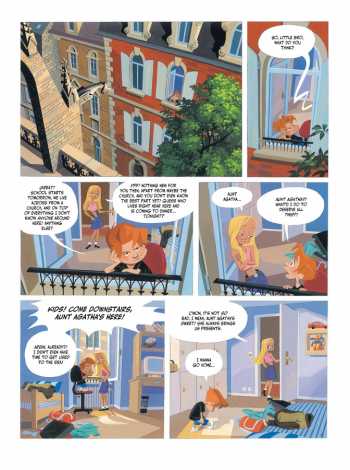 After reluctantly moving to a new city with his family, a boy named Gregory discovers a magical map to the church next door that sends him back in time to the year 1694. Things there are strange yet familiar: analogue versions of his family and friends live there, and magical creatures run rampant, unbeknownst to most humans. After befriending the church gargoyles, Gregory learns that they are the last line of defense against dark magicians who seek to destroy magical creatures--and who are led by the 17th-century version of his Aunt Agatha!

Originally published in France, this series opener moves at a breakneck speed, Gregory acclimates almost instantly to a 17th-century world stuffed with magic and monsters (and he gains some magical abilities of his own thanks to talismans and other objects he's given), and may leave some readers struggling to keep up. Gregory is full of one-liners and wisecracks, and Etienne and Camboni's cartoons bring a whimsical, cinematic atmosphere to the pages, reflecting the larger-than-life nature of his adventure.