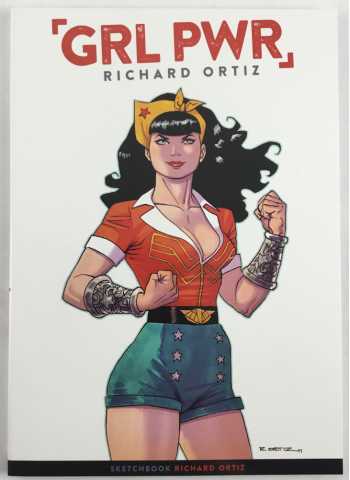 A great sketchbook by Uruguay comic artist Richard Ortiz filled with DC Bombshells, Wonder Woman, Lady Death, and other DC and Marvel characters. Ortiz has a nice clear line style and his pin-ups have a fresh faced vitality.

Richard Ortiz is based in Montevideo, Uruguay and has been working professionally since 2004. He has worked for DC Comics on Bombshells United, DC Bombshells and the Wonder Woman '77 Special online series.

He is most known for his cover art on Lady Death titles. He has worked for Zenescope, Avatar Press and French publishers Clair de Lune and Paquet. He worked in advertising as a storyboard artist and concept designer.