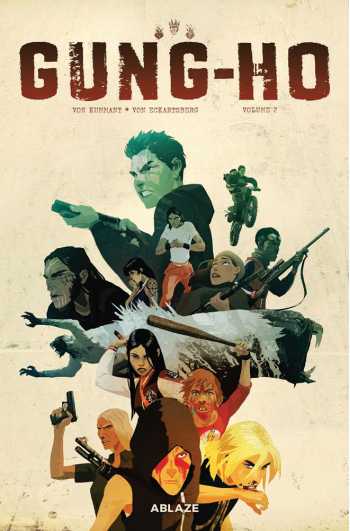 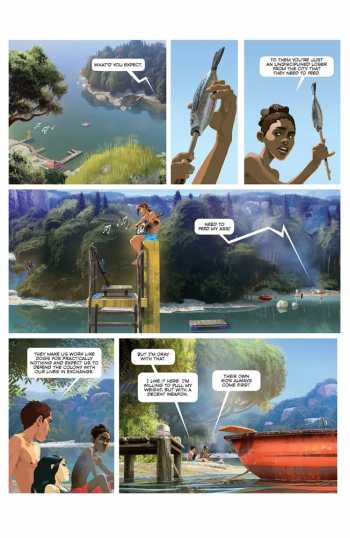 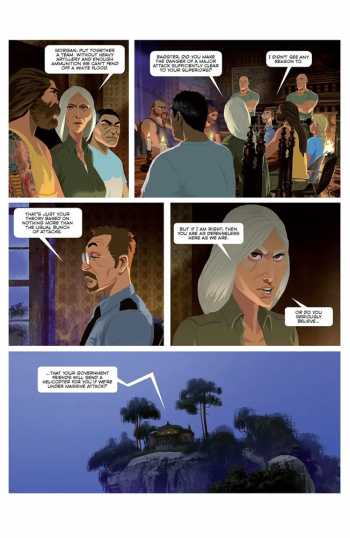 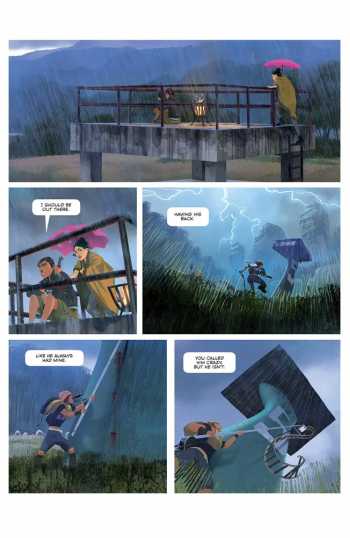 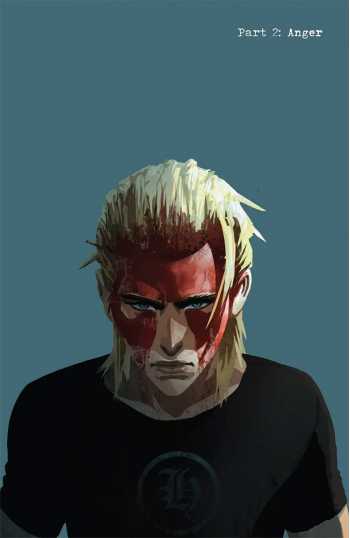 The English translation of the latest French BD series by Benjamin Von Eckartsberg and Thomas Von Kummant (The Chronicle of the Immortals). A saga in a post-apocalyptic world (not without fantasy elements) highlighting Von Kummant's virtuoso and spectacular graphics.

GUNG-HO Vol 2 picks up shortly after the events in "Short Circuit", where at Fort Apache, the situation is more tense than ever, as the threat posed by the rippers adds to an increasingly difficult life for the colony, which is running out of supplies, heavy weapons and ammunition.

In the midst of it all, Archer accuses Bagster of raping Celine, and demands a public trial from Kingsten. But the trial does not go as planned. Instead of Bagster, it's Archer who is accused, betrayed and condemned by false evidence. He is exiled from Fort Apache, and tattooed with a cross on his forehead, a mark that makes him an outlaw, unable to seek refuge in any colony whatsoever.

But Zack doesn't believe in his brother's guilt, so an expedition is launched into the danger zone. Unbeknownst to the rest of the community, the teens go to look for Archer, if he is still alive. The expedition will not be without risks though, nor without unpleasant surprises...

GUNG-HO Volume 2 collects the next two storylines of the critically acclaimed series, "Sexy Beast" and "Anger", into one terrific, tension-filled volume, along with a bonus cover gallery!