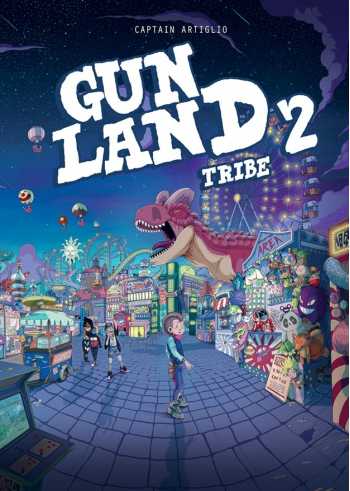 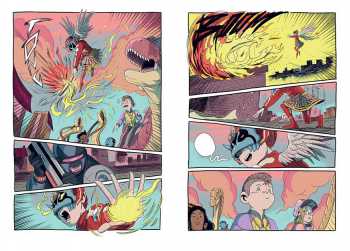 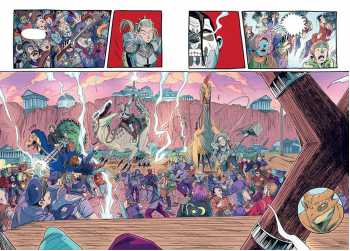 The second book in the weird-west sci-fi trilogy, the Doolin brothers (ne "Dueling Brothers") have gained powers beyond their understanding, and now their warlord father wants them to take over the town as a family of immortal outlaws. But what about the kid with no name, the one who's wanted as the sharpest sharpshooter in the territory?

The most compelling techno-western saga ever told in comics raises the bar with two hundred pages full of eyepopping visuals, gripping drama, and unpredictable twists! A bizarre sci-fi western where folks ride dinosaurs instead of horses, this gonzo action adventure flies in the spirit of Brandon Graham's KING CITY and MULTIPLE WARHEADS mixed with Jamie Hewlett's TANK GIRL set to a soundtrack by GORILLAZ.