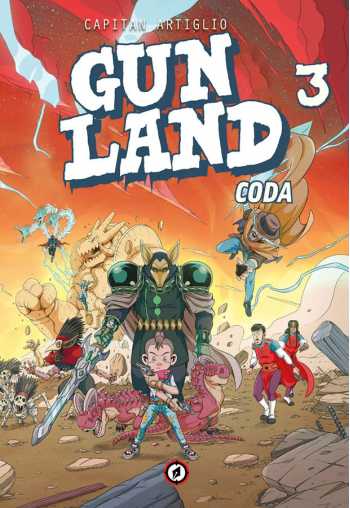 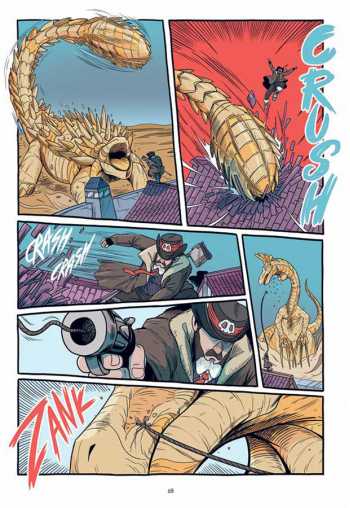 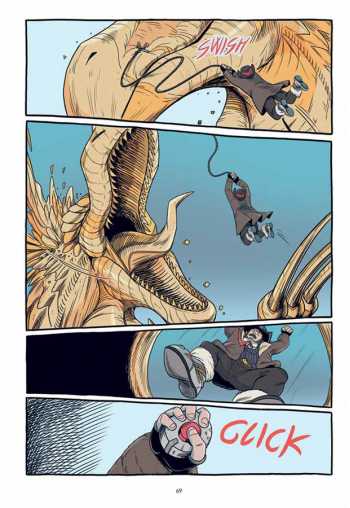 The conclusion to the gonzy sci-fi fantasy western by Captain Artiglio sees the outaw Doolin Brothers reunited to save the very universe.

The Doolin brothers meet three very different destinies as their paths reconverge to save the universe. Will the Girl with No Name find peace? Will the wild bunch accept its fate? How much glue does it take to make a giant monster out of the bones of a thousand dead? All these questions will be answered in an epic race to the finish to this wild sci-fi western by the amazingly imaginative Captain Artiglio!

The most compelling techno-western saga ever told in comics with eyepopping visuals, gripping drama, and unpredictable twists! A bizarre sci-fi western where folks ride dinosaurs instead of horses, this gonzo action adventure flies in the spirit of Brandon Graham's KING CITY and MULTIPLE WARHEADS mixed with Jamie Hewlett's TANK GIRL set to a soundtrack by GORILLAZ.