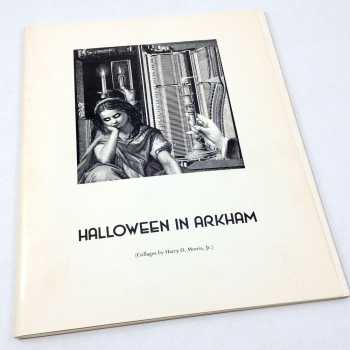 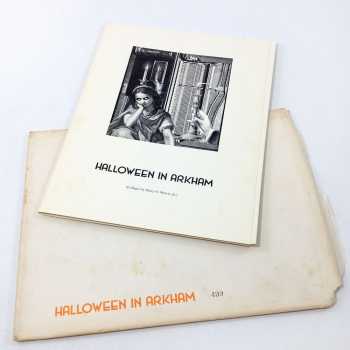 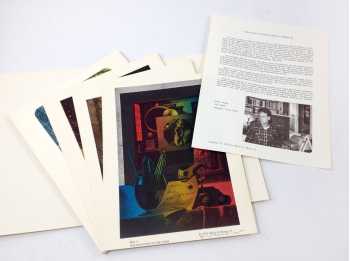 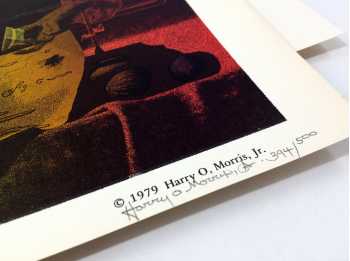 15 color prints in a portfolio folder & envelope plus a one-page introduction sheet.

The decidedly different artwork, says Harry, shows the influence of such surrealist artists and poets as Max Ernst, Paul Delvaux, and Andre Breton. Mixed in with the artistic influence is the strong undercurrent of Lovecraftian lore in all that Harry does. He is one of the foremost Lovecraftian scholars in the world publishing, since 1970, the erudite journal Nyctalops devoted to articles and research papers on Lovecraft and his creations. Harry"s other little magazine Nocturne, started in 1973, concentrates on experimental fiction and art.

Harry is a four time nominee for the World Fantasy Convention "Howard" award and is a three time recipient of the Esoteric Order of Dagon award for best visual design. Other works, to list just a few, include covers for the Science Fiction Writers of America Forum, Whispers, Weird Book, The Ebon Lute, Eldritch Tales, Xenophile, and Zymurgy. He currently has a one man show at The Showcase Gallery in Albuquerque, N.M.

Harry is a devoted fan of, and sometime correspondent with, singer Patti Smith, and listens to sounds ranging from Eno to Captain Beefheart to radar beacons. The movie Suspiria has proven a great influence on his recent work, and he never misses a Barbara Steele movie. Harry is sole proprietor of Silver Scarab Press and is one of the few people in the world - perhaps the only one - who can use a printing press as a distinct and uniquely different art medium.

From his current publisher Centipede Press:

Harry O. Morris (b. 1949) is a contemporary American artist working in the Surrealist tradition. A restless artist experimenting with a wide range of mediums, his early drawings gave way to intricate collages in the style of Max Ernst. In the 1980s his haunting, solarized photographs were a distinctive part of his style, while since the 1990s he has worked primarily in the digital realm. His work is marked by a disheartening sense of claustrophobia and paranoia. Along with his work, Morris is also known as a pioneering publisher of small press books and journals, the most well-known of which is Nyctalops, the first Lovecraft-oriented publication.