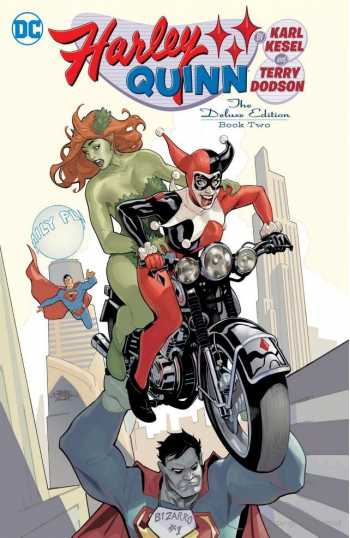 After a killer breakup, Harley's romantic life's kaput, but her criminal career has never been better. The former sidekick has formed a gang of her own--a team of Quinn-fanatics committed to her cause of love and larceny. But can a softhearted screwball like Harley really make it as a super-villain? Especially when she has to contend with a barrage of Bats, cops and even flippin' Superman?

Continuing the exquisite run that kicked off the Maid of Mischief's life after The Joker, Harley Quinn by Karl Kesel & Terry Dodson: The Deluxe Edition Book 2 collects Harley Quinn #9-19 from the 2000s series by Karl Kesel (Superman) and Terry and Rachel Dodson (Wonder Woman).