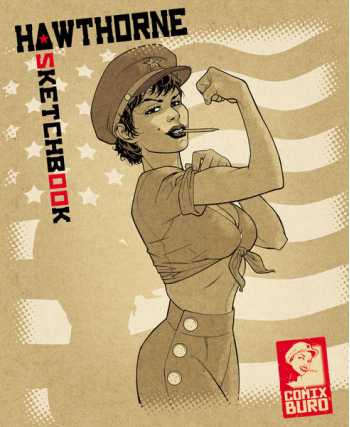 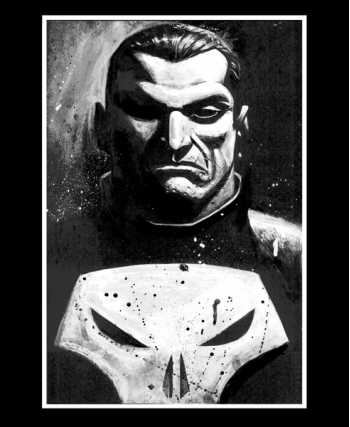 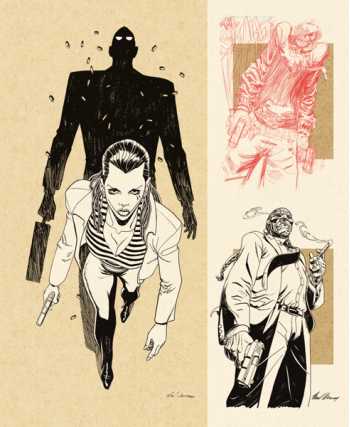 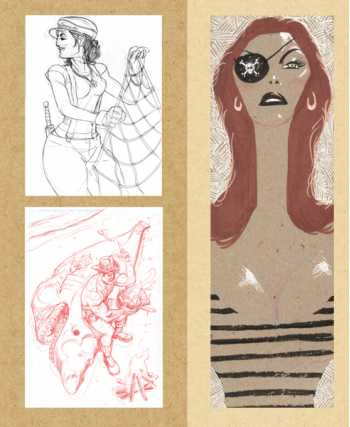 A collection of sketches and drawings from Mike Hawthorne.

Mike Hawthorne, an American artist, designer, and cartoonist, has been nominated for both an Eisner and Harvey awards, and he's worked with clients like FOX Films, Universal Studios, The 76ers, Marvel Comics, DC/Vertigo, Dark Horse Comics, IDW Publishing, and well as many others. He is currently working on his first French series, a three volume adaptation of Stefan Wul's science fiction classic Oms en Serie.

Minimal text is in English and French.