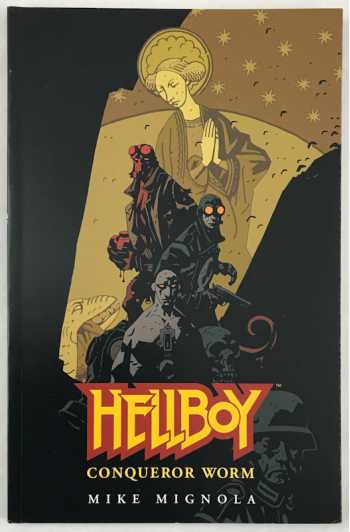 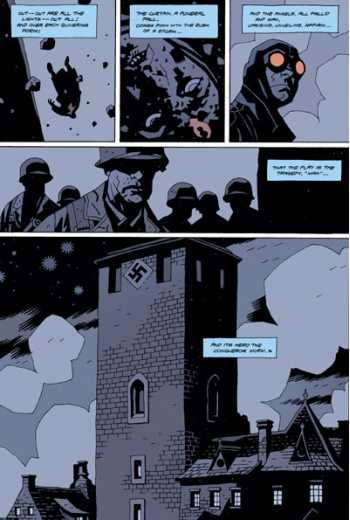 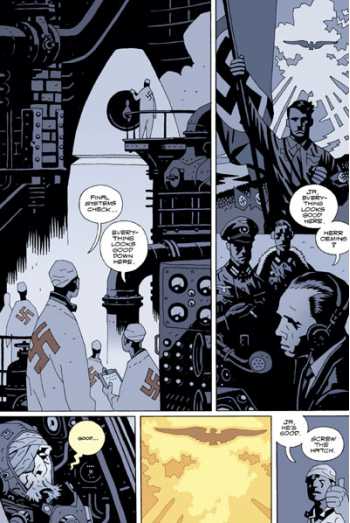 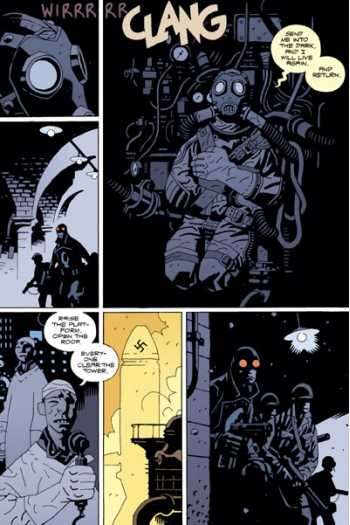 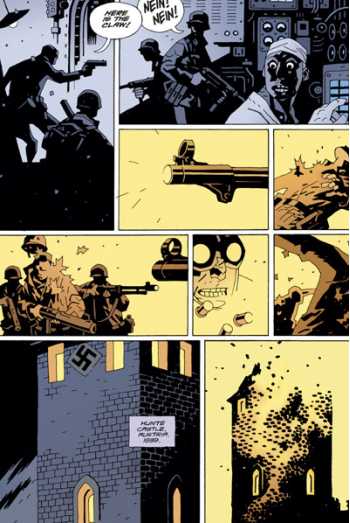 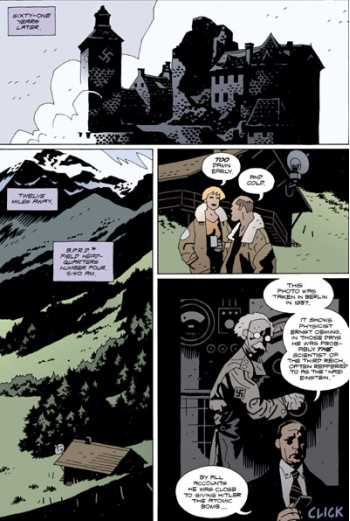 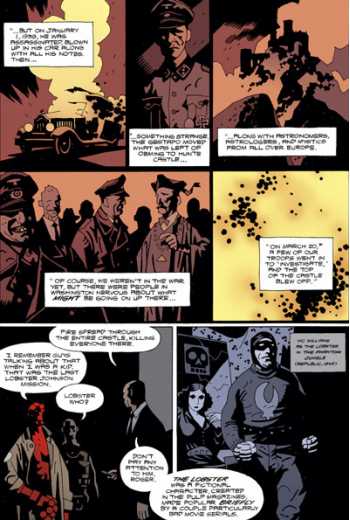 For the hardcore Hellboy collector, a first printing of the first edition of the fifth collection in the Hellboy series.

The first time the four-issue comic book mini-series was collected.

Reprinted and repackaged multiple times since its first printing, Conqueror Worm has only ever been published in trade paperback; the mini-series' only hardcover publication is in the Hellboy Library Edition Vol. 3 (2009).

The Bureau for Paranormal Research and Defense has sent Hellboy out on what will be his final mission. At the end of World War II, American costumed-adventurer Lobster Johnson led an Allied attack on Hitler's space program, but not before the Nazis were able to launch the first man into space. Now, after sixty years, Hellboy and Roger the Homunculus, who's been implanted by Bureau scientists with a bomb, travel to the ruined castle in Norway to intercept the returning capsule, and its single passenger...the conqueror worm! This book by multiple Harvey- and Eisner-Award winner Mike Mignola collects the hit Conqueror Worm series, with brand new story pages and a sketchbook section.