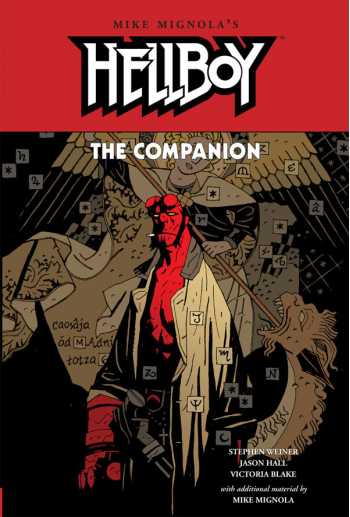 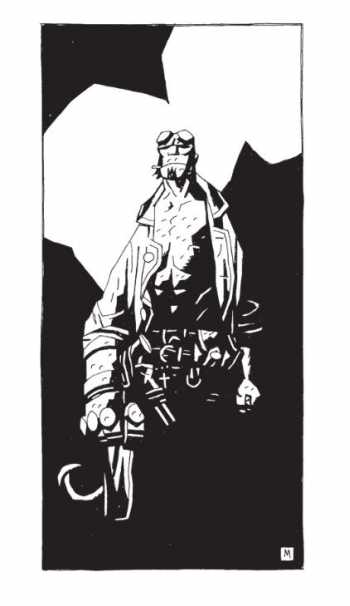 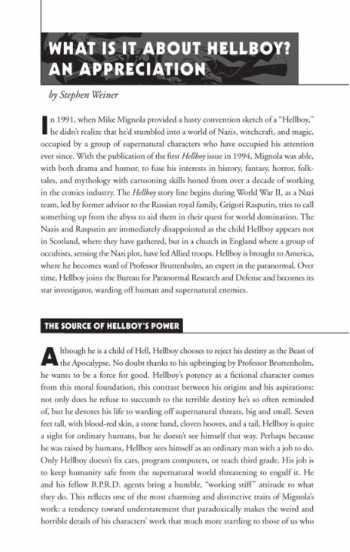 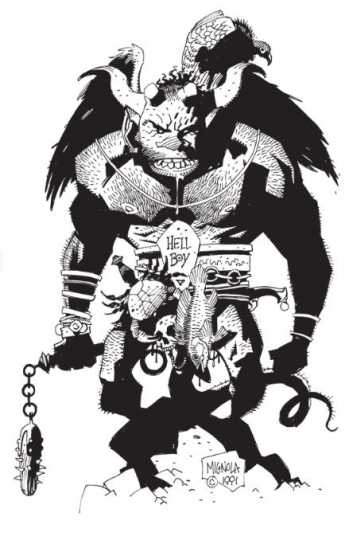 Well illustrated by Mike Mignola with new art as well as panels from the past 14 years.

Corresponding with the release of the second Hellboy film, Dark Horse presents the definitive guide to the Hellboy universe, including a timeline mapping out the events in over a decade's worth of comics and novels--and several millennia of in-comic continuity!

Written by Steve Weiner (The Will Eisner Companion), Victoria Blake (The Oregonian, NPR) and Jason Hall (Beware the Creeper; Trigger; Detective Comics) and densely illustrated with classic images from the comics as well as a handful of new drawings from Mignola, this volume offers thorough documentation of the Hellboy universe, compiling the many complex pieces that make up the life of the World's Greatest Paranormal Investigator into an easily understandable format and condensing Mignola's masterful storytelling into an encyclopedic reference guide--including previously unrevealed secrets! From the hidden history of Abe Sapien to the secret origin of the world, this complete compendium is every hardcore Hellboy fan's key to the mind of Mike Mignola, and the ultimate introduction for anyone looking to begin their journey in the weird and wondrous world he has created.

Including up-to-the-minute coverage of the Hellboy Universe, as well as the definitive Hellboy and B.P.R.D. bibliography!

The definitive guide to the world's greatest paranormal investigator!