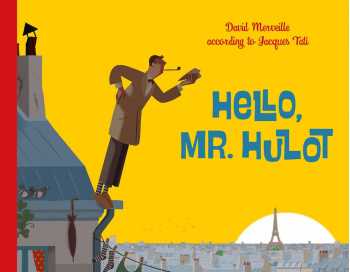 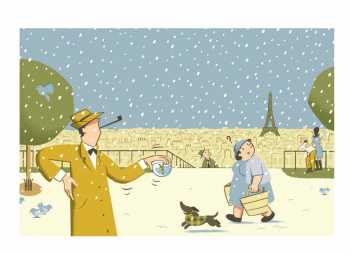 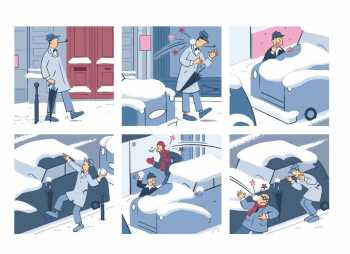 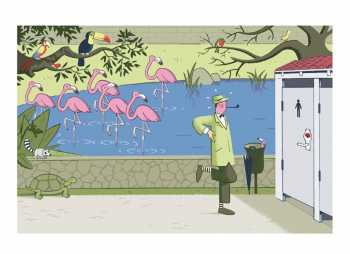 Meet Mr. Hulot—he's always in the middle of the action! Created and played by French comic actor and filmmaker Jacques Tati, Mr. Hulot is a beloved charater in France. David Merveille's comic strip style illustrations depict 23 captivating scenes with a page turn that builds suspense for each surprise ending. From buying a snow globe on a warm summer day—shaking it—and causing the sky to snow, to a crazy visit to the zoo where Mr. Hulot has something in common with every animal at the zoo—Merveille’s creations are a delight to the observant and curious eye.